Frida Karlsson on lack of energy: "The nights are usually the most difficult"

Frida Karlsson was suspended in 2019 due to health problems. Now she talks about the challenges that still exist - but at the same time praises the national team for taking the subject seriously. - It is a challenge for everyone. On the days we run tough interval workouts, the nights are usually the most difficult, she says. 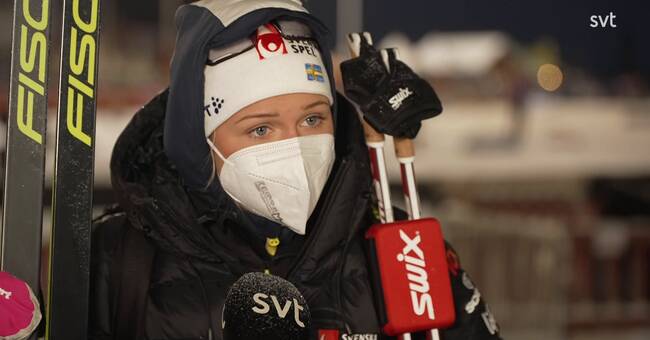 In an SVT Play series in two parts, biathlete Hanna Öberg talks about the problems she had in getting enough energy.

We took the opportunity to talk about the same topic with Frida Karlsson during the cross-country skiing premiere in Ruka.

- We train very very hard and it will be a big draw.

We have been given a heavenly school in this by our dietitian.

In December 2019, the headlines were cable that Frida Karlsson was stopped due to health problems.

A hard blow for the star and also for the national team who took the issue very seriously.

- Since I had problems two years ago, it feels like the union has taken hold of it even more.

We have put more focus on it in the team, she says and continues:

- I can only say that everyone tries to handle this very optimally.

"A challenge for everyone"

Hanna Öberg talks about that she above all had a hard time getting enough food in the evening to stay on energy all night.

Something that Karlsson recognizes.

- It is a challenge for everyone.

On the days we run tough interval workouts, the nights are usually the most difficult to get enough carbohydrates.

Watch the series "Hanna Öberg - to suffer from energy deficiency" in SVT Play.