A group of individuals allegedly entered the El Sardinero football stadium this morning after forcing one of the metal doors on the south corner and with a vehicle, ... 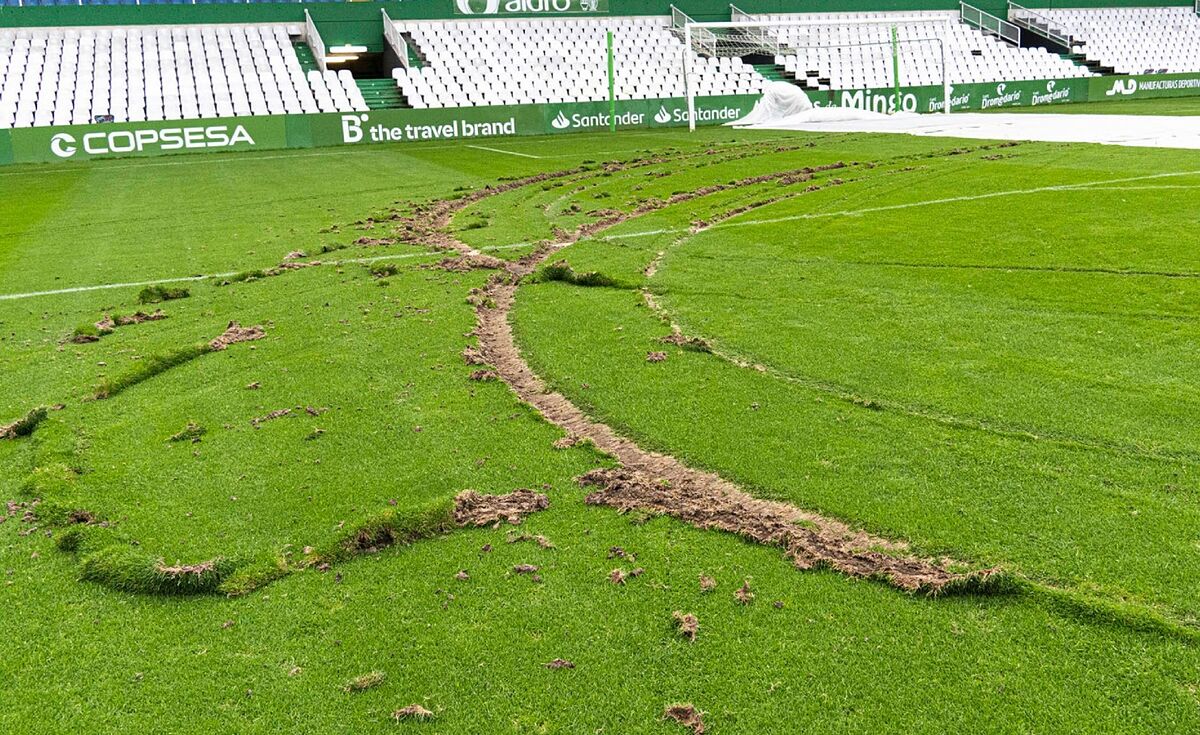 forcing one of the metal doors on the south corner

and with a vehicle, which has entered the field of play, has caused "serious damage" by rolling in the grass.

As sources from the Cantabrian club have informed Efe, the Racing Santander workers who opened the stadium this morning have seen the damage caused by this "act of vandalism", which has left "serious marks" on the pitch where Racing has to play a game on Saturday against Unionistas de Salamanca.

The brands mainly affect the area next to the goal closest to Preferencia Sur.

Racing Santander has informed the National Police of these events, which supposedly occurred this morning, although it is unknown who or who have entered the field, but "it seems that they have not stolen anything else" from the stadium, as they have pointed out. the same sources.

Whoever entered the soccer field, forced one of the metal access doors, specifically one located in the south corner of the stadium. Subsequently, with a vehicle they have reached the grass and left the marks that have

"destroyed" part of the pitch.

The sources consulted consider that the sole intention of the perpetrators of these events "would have been to damage the facilities of the Cantabrian team."

According to Racing de Santander, this "act of vandalism" is a "great detriment" to the Cantabrian club, which had just carried out maintenance work on the lawn.

The soccer field maintenance workers have already begun to repair the damage, since this Saturday Racing de Santander disputes the fourteenth day of Primera RFEF Footters against Unionistas de Salamanca CF, at 7:00 p.m.

LaLigaJon Moncayola, the new icon of the Osasuna quarry: "They say that my twins are so big because I spent hours hitting balls on the fronton"