The plan to steal Maradona's heart, the macabre idea that tarnishes the first anniversary of his death

If her death was turbulent, her first anniversary couldn't be much different. What nobody expected was that the memory of Diego Maradona, who died in Buenos Aires at 60 ... 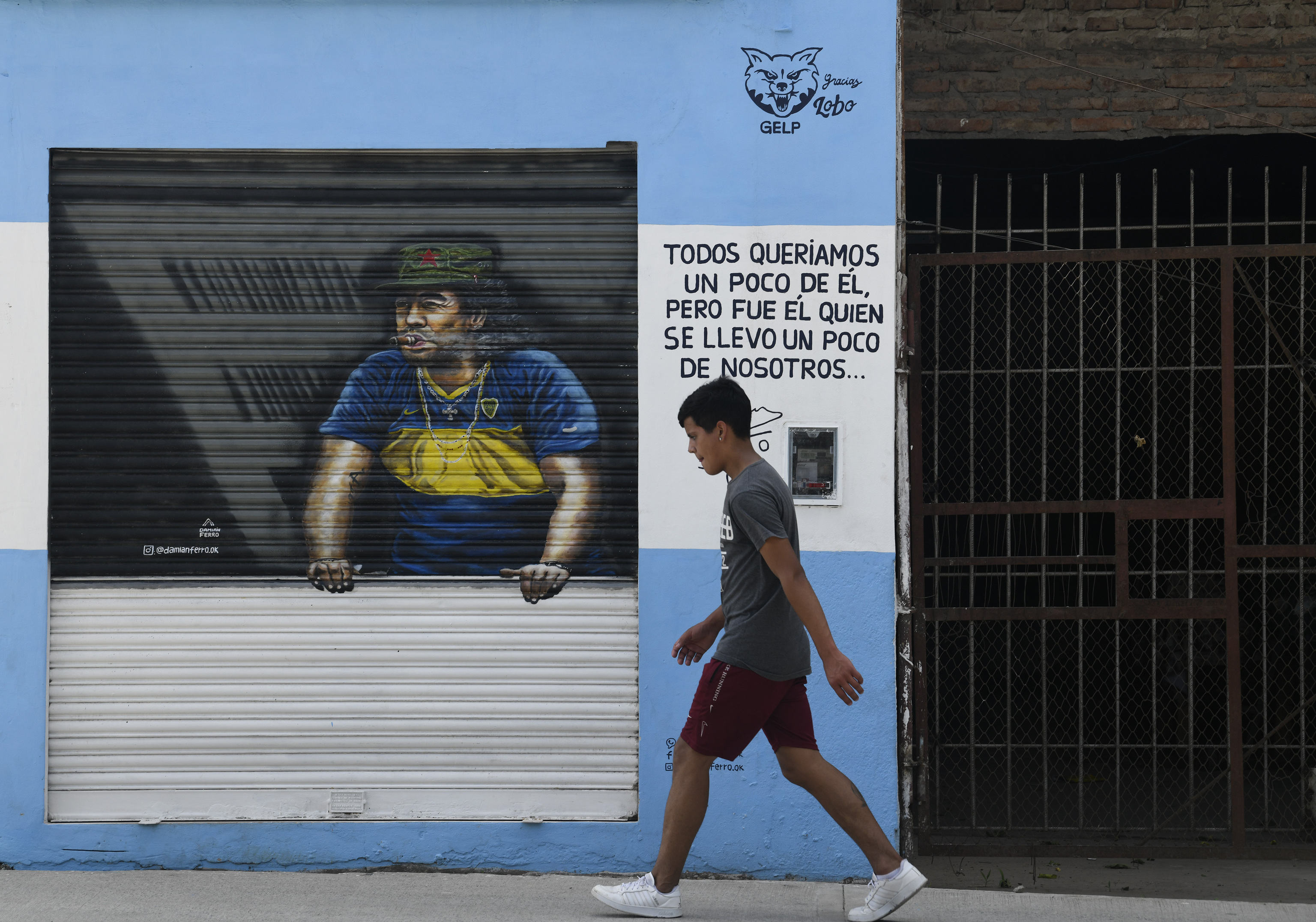 If her death was turbulent, her first anniversary couldn't be much different.

What no one expected was that the memory of

, would be accompanied by so many surprising and unpleasant details.

Football is still too small for Maradona, and then anything is possible.

That they wanted to steal your heart, for example.

The revelation was made by the journalist

: la barra brava de Gimnasia y Esgrima La Plata, the last club that Maradona directed, planned to take over the organ of the world champion of Mexico '86 once he died.

"On December 1, 2020 at 9 in the morning, six days after the death of the star, samples of liver, kidney, DNA samples and the entire heart, which had been extracted in the autopsy, were transferred to La Silver to be studied and put in conservation. Shortly then an operation that involved Criminal Intelligence, Scientific Police, Firefighters and more than 50 Buenos Aires Police officers was known, which was mounted to prevent the possible kidnapping of the heart by the bar brava de Gimnasia y Esgrima de La Plata.

Maradona was buried without his heart, which became the most precious symbol of Diego on Earth for fans,

As absurd and unreasonable as the story sounds, this type of robbery would not be a novelty in Argentina. A

, three times president, stole hands 13 years after his death. It happened in 1987, a group that claimed eight million dollars in "ransom" for the hands entered the vault of the La Chacarita cemetery and took their hands; 34 years later, the Argentine justice still cannot establish what happened. The hands never appeared.

The thing about Maradona's heart is highly symbolic.

It is, because in his days as a player there was talk that he had a huge heart.

Beyond his talent, Maradona won and impressed by strength of mind and "heart."

And that heart, when the time of his death came, was hypertrophied, weighed 500 grams

, almost twice that of a normal heart.

But not because of his soccer strength, but because of the mistreatment he had suffered after years and years of addictions and life on the edge.

Maradona's death is known to have occurred in dire conditions, far from his loved ones. And a year later, according to TN, it is confirmed that it was not sudden, but a slow process: "He beat for hours insufficiently. He breathed badly, probably throughout the night. It was at least 12 hours of agony.

Today, Maradona is buried in a garden cemetery in Bella Vista, a town of houses and villas on the outskirts of Buenos Aires.

It is anything but a lavish cemetery, and there are no pilgrimages to his grave or lines of onlookers and admirers.

The positive is that Maradona, in that cemetery, does have peace.

His is the only illuminated tomb, with a legend that reads "thanks to the ball."

At the entrance to the cemetery, a mural with the figure of Maradona says "Here rests God

But God does not rest.

In recent days, the Argentine media devoted space to the scandalous and lurid statements of

Mavys Alvarez, the Cuban with whom Maradona had a relationship when she was 16 years old

Álvarez, who 20 years after that time in Havana keeps hotel cards, plane tickets and all kinds of papers that confirm the link, says that Maradona sexually assaulted her.

And in addition to telling the media, he tells the Argentine justice.

Almost all those who had to do with Maradona seek, in one way or another, to get a slice of what the former footballer left behind, which is no small thing.

On December 19, a house, an apartment, several luxury cars and countless belongings of the iconic footballer will go up for auction.

Less than a month ago, on the weekend in which he was due to celebrate his 61st birthday, Argentine soccer paid him a tribute.

In each match of the championship, 10 minutes were dedicated to remembering his figure, and the South American Football Confederation (Conmebol) will give him a

great reminder before the final of the Copa Libertadores

that will be played this Saturday in Montevideo.

But that's just a parenthesis, an oasis.

The series "Blessed Dream", which every week on the Amazon Prime platform reveals a new chapter, is astonishing many Argentines and irritating part of the Maradona family.

That's how it was and is Maradona, it is probably unfeasible to ask for peace when it comes to him.

Gianinna, one of his daughters, dreams about it

He made it clear in a recent Instagram story.

He does not want to know anything about the day of the anniversary of his father's death: "I need to go to sleep and get up on Friday."

Formula 1 Alpine, between doubts and hope: this has been the year within Alonso's team

Mundial'22Interview with Iñigo Martínez: "With what I have lived, money helps, but it is not enough"

ACB 2021 - 2022 Andrés Feliz, the youth base who grew up in the most dangerous neighborhood of Santo Domingo: "Some of my colleagues are dead or in prison"