The 30 of 30 of the Real Madrid, a scare and the "different" team of Ancelotti before a terrifying calendar

With their victory in Transnistria against the Sheriff, Real Madrid added their 30th season by beating the group stage of the Champions League. The white set has never ... 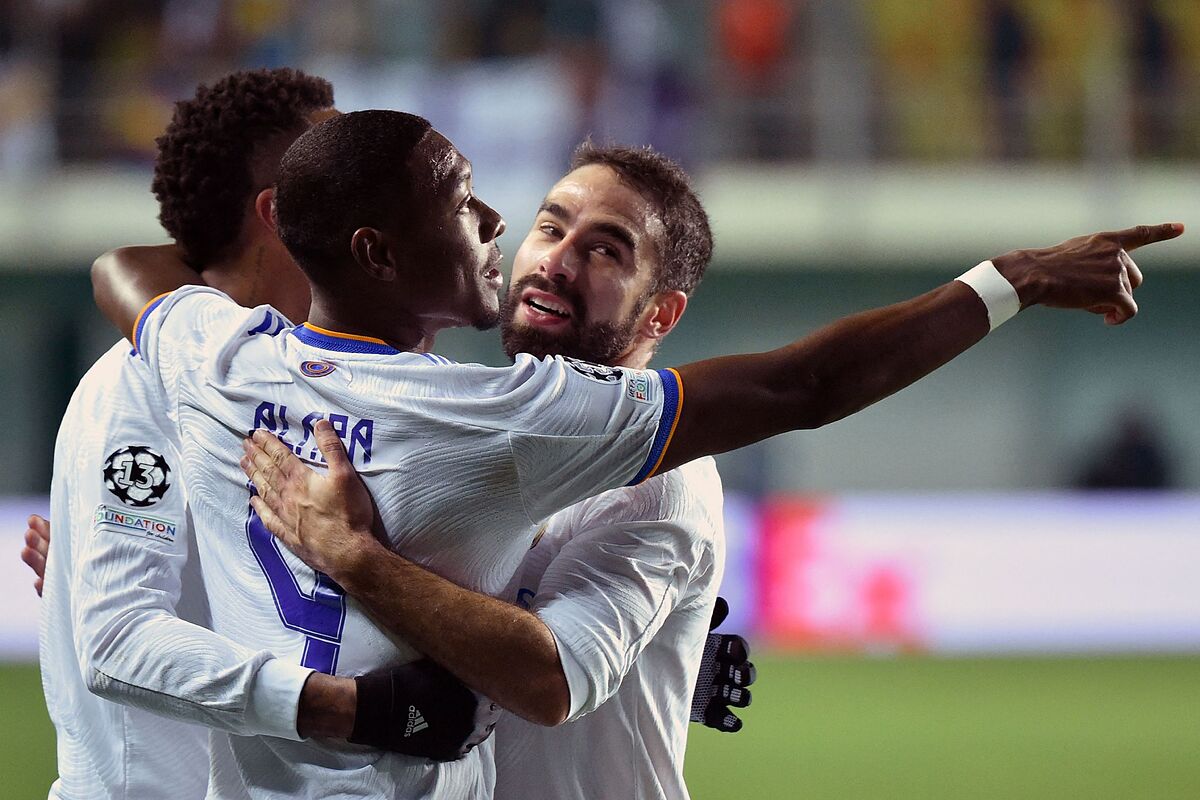 With their victory in

added its 30th season by beating the group stage of the

. The white outfit has never failed in its beautiful relationship with the 'orejona' for the

. A unique record on the continent, immaculate, seamless, which this Wednesday used "

" to achieve its goal, according to

at a press conference.

The Italian was happy to have seen a

the one that faced the

in the surprising first leg at the

, which ended with a victory for the visitors in a defeat that reminded both of them that Madrid itself, with

on the bench, he suffered twelve months ago against

. Those failures against the Ukrainians, especially the second in

, jeopardized Madrid's record in the group stages and brought Zidane closer to the starting ramp until the team reacted and rallied to reach the

I have seen a serious team

, we have played well and we have not risked in defense, so I am satisfied. We went through the group and

we want to win the last game

to go first to eighth," he said, before admitting that "we are in good dynamics and

we can compete with the best in Europe

Now, the Madrid team will continue with a

at the Bernabéu, on Saturday 4

in San Sebastián, on Tuesday 7

in Chamartín and Sunday 12 the

For the duel against the Andalusians,

, lime and sand at the Sheriff Stadium.

He scored the first goal of the match from the edge of the area and was injured in the second half, raising all the alarms from the coaching staff.

Luckily it seems that the Austrian problem has been a scare.

"He has a knee sprain

and it doesn't seem worrisome because it's not in pain.

We hope he can play on Sunday. "If he doesn't, Nacho will have to take his position.

, the protagonist of the morning in Tiraspol after being sentenced to a year in prison for

, scored Madrid's third goal and received the affection of his coach: “He is totally focused on this.

The other is long overdue, ”Ancelotti explained.

The French forward played the entire match, as did

The Brazilian was especially tired during large parts of the match and did not dribble as usual, acting more as a facilitator than a shaker.

Despite everything, he played the

... I have changed to Mendy because he had a yellow card, to Carvajal because he returned from injury, to Alaba because he had a knee problem ... I had two changes to go and Casemiro was warned and if he received a card I couldn't play against Inter, so I changed him.

I was missing one and I chose Rodrygo, who also came from injury, "he summed up." The others are fine, now we play on Sunday night and I think we have time to recover. "

This is how David Alaba conquered the Real Madrid dressing room

ChampionsA day of nostalgia for Liverpool fans: the return of Fernando Torres