Stina Nilsson: "A good shooter is like cutting a packet of butter"

Stina Nilsson makes her debut in a distance race at this weekend's world cup premiere in Östersund. She's going fast already. But shooting can be the key - and this is very much about the right feeling. - A good shot for me is like cutting a packet of butter. That is the feeling I want to strive for, she says. 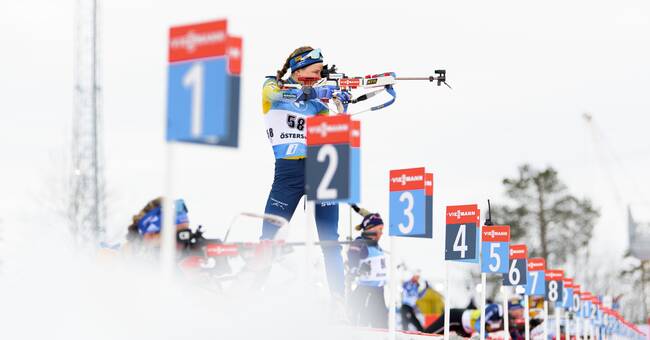 Stina Nilsson rehearsed strongly at the Swedish premiere in Idre.

She was the fastest of all in the track on the short distance that Elvira Öberg won.

But five booms on the shooting range meant that the top position was missed that time.

Now she gets the chance in the distance race in Östersund.

And for her to be happy, a lot is about finding the right feeling.

I work a lot with emotions.

How I want to feel when I go, can mostly be described as everything flowing.

A good shot is like cutting a packet of butter.

That is the feeling I want to strive for, says Stina Nilsson at the biathlon national team's press conference on Thursday.

That she gets the chance directly in the distance race makes her extra tagged.

- I was very happy and expectant when I found out.

It will be very exciting.

To make a good race, I think it will be important to have a good starting pace.

I did that in Idre.

A pace that can reduce the load before the shoot, says Stina Nillson.