Norwegian outcome according to Halfvarsson's plans: "Do very strange"

Calle Halfvarsson aims to lose four kilos to perform at the top of the Olympics. Something that makes the Norwegian longitude stars raise their eyebrows. - He does many strange things that we do not understand, says Emil Iversen to NRK. 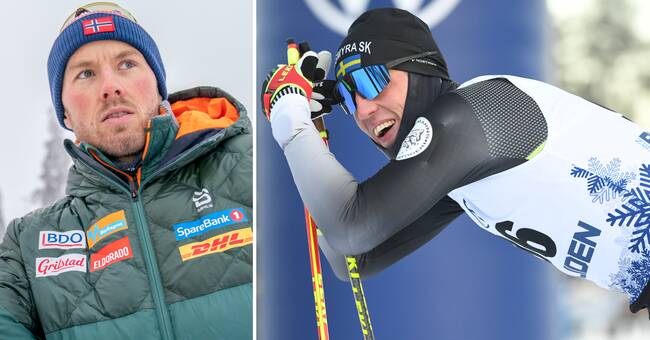 With an important Olympic season, he has made the decision to train less and at the same time become lighter.

In total, he wants to lose four kilos to be able to perform in Beijing, he told SVT before the season.

- I have to do something - otherwise I might as well quit this.

Then I came to the conclusion that I should try to train less, he said.

Norway's Emil Iversen, on the other hand, does not believe that it is a recipe for success for the Swede.

He himself says that the last thing he would do before an Olympics is to lose four kilos.

- He has a picture of himself being a clown.

This plan reinforces the clown stamp.

It sounds strange, but he does a lot of strange things that we do not understand, he says to NRK.

Nor does Therese Johaug have any high thoughts about the Swede's plan.

- I do not think it is those kilos that make him take Olympic gold or not.

I think it's the total load, the amount of training and being well trained.

If he chooses that path, he can do it and stand for it, but I have no great faith in it.

That is my opinion, she says.

Halfvarsson takes the opinions of Norwegian riders calmly when he is asked by NRK in Ruka.

- You have to change a little if you want to go fast at a distance.

But it is a balancing act.

You do not want to lose too much muscle either, you want the speed.

But this is not a drastic thing, he says.