The Marseillais, who had to win in Istanbul to stay in the race, failed against Galatasaray (4-2) on Thursday and were eliminated from the Europa League. However, they still have a chance ... 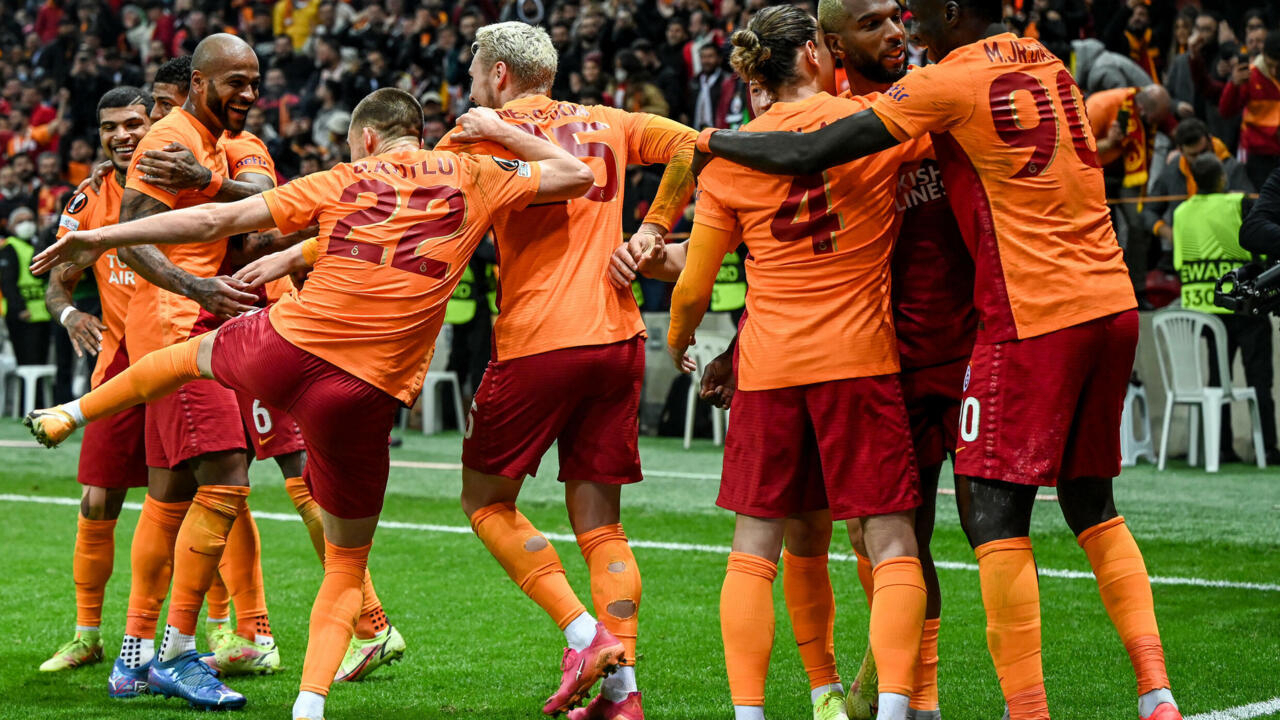 It's a bitter-tasting defeat for OM.

Widely beaten by Galatasaray (4-2) in Istanbul, the Marseille club lost, Thursday, November 25, any hope of qualifying for the rest of the Europa League.

Without any offensive idea in the absence of Dimitri Payet and in great defensive distress, OM were eliminated from the competition, which sends their continental future a notch lower, in the Europa League Conference.

"You have to win absolutely", "This is the last card" ... The chorus had already been sung before the fourth day and the fourth Marseille draw, against Lazio Rome.

But Thursday it was true, OM really had to win to keep a chance to finish at the top of Group E and go straight to the round of 16 of the C3.

Jorge Sampaoli's players, penalized in particular by a terrible first half hour, stayed very far and can not even finish second, Lazio having won on the ground of Lokomotiv Moscow.

For OM, Europe is not yet over.

He will host Lokomotiv Moscow on the last group day and a draw will be enough for him to reach the play-offs of the new C4, a modest consolation prize.

The sanction is logical because this time, unlike three of the first matches, Marseille was really not better than its opponent, carried by the fury of its supporters, who made the whistles fall in torrent as soon as a Marseillais had the ball , with a few decibels as a bonus when it came to Guendouzi, spotted by the Stambouliotes after some tensions in the first leg.

A few projectiles and water bottles were also sent from the stands, as is now a bad habit when OM play, but the match was able to continue, thanks in particular to the intervention of the goalkeeper of Galatasaray Muslera, who very clearly made it clear to his supporters what he thought of their behavior.

But much more than the hostile atmosphere, it was the absences of Payet and Rongier which weighed very heavily, like that of Under, insufficiently recovered and who did not play.

The Marseillais are also pursued by a fairly spectacular lack of success since the start of the Europa League and they have again touched the amounts twice in the first period, by Luan Peres (20th) then Dieng (42nd).

But the 4-4-2 inaugurated by Sampaoli to try to compensate for the absences did not work and the failures were numerous, starting with that of Kamara, whose two losses of ball resulted in a volley on the bar of Diagne (11th) and at the opening of Cicaldau's score in the following minute (1-0, 12th).

The Turks also found immense spaces on the Marseille left side, theoretically protected by Luan Peres and Gueye, but in fact neglected.

And it is very logical that Galatasaray doubled the bet, Caleta-Car sending in his own goal a ball from Cicaldau (2-0, 30th).

The result was not better and the Turks still scored two easy goals, by Feghouli (64th) and Babel (83rd), abandoned by the opposing defense.

But the Marseille set was very insufficient, with some puzzles (Gerson) and persistent misforms, like Lirola or Milik, very disappointing despite his double.

This group E was difficult and OM never quite took the measure.

After a disastrous Champions League campaign last season, C3's has not been good this year either.

OM have a European "last card" to play, but it will therefore be in C4.

Before that, he will find Ligue 1 and the Stade Vélodrome behind closed doors, Sunday against Troyes.