Danish journalists are advised against a World Cup trip to Qatar

The Danish Journalists 'Association advises Danish journalists not to go to Qatar to cover the 2022 World Cup. - I do not trust Qatar, says Allan Boye Thulstrup, vice chairman of the Journalists' Association, to the trade magazine Journalisten. 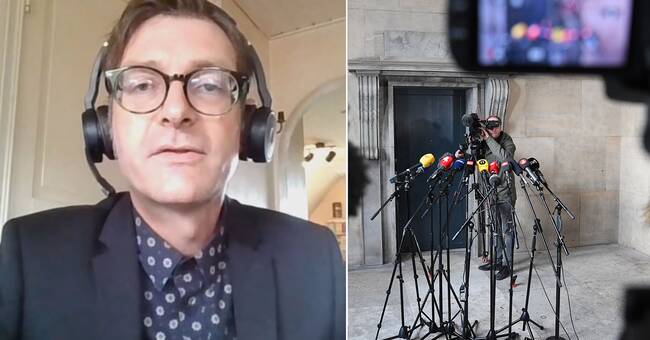 On Sunday, the two Norwegian NRK journalists Halvor Ekeland and Lokman Ghorbani were arrested on a reportage trip in Qatar ahead of the World Cup.

They were detained for about 30 hours before being released.

- It does not mean that Qatar promises that journalists can work unhindered, if they then arrest journalists, says Allan Boye Thulstrup.

According to VG, they were deprived of their mobile phones, computers and cameras and had to travel home without them.

Qatari authorities later announced that the reason for the arrest was that the journalists had filmed in a private area without permission.

- I am afraid that sources who are critical of the government risk disappearing or going to prison, and they will not be treated well in prison, says Allan Boye Thulstrup.

- If they (the journalists) have been in contact with sources who are critical of the government, then it is a process where Qatar has demolished the entire source protection, says Allan Boye Thulstrup.

Denmark is the only Nordic country to qualify for the World Cup.

Sweden will play the playoffs in March next year.

NRK journalists Halvor Ekeland and Lokman Ghorbani were received at the airport after being arrested in Qatar.