Last year's season started later than planned. Then Charlotte Kalla learned lessons that can benefit her this season. - I learned to take day by day. And do not worry about the future, says Kalla to SVT Sport. 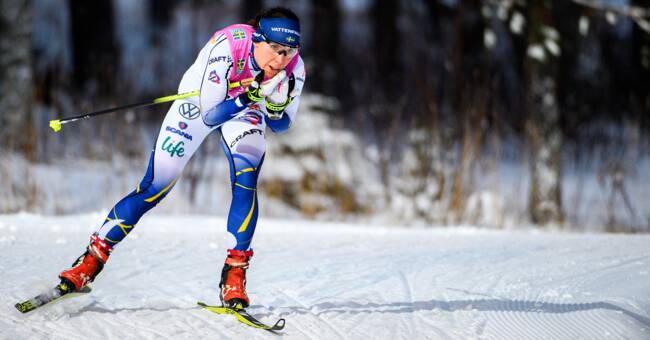 Longed for if you ask Charlotte Kalla.

- I'm glad that it did not take until mid-January before I was on the World Cup starting line, but that I get to premiere already this November, she says.

Last weekend's competitions in Gällivare became a measure of value for Charlotte Kalla.

- I pick with a good feeling where I went relaxed and distinct.

I bring with me experience and will try to make it even a little better.

I'll give everything in the track in Ruka.

From that, Charlotte Kalla learned lessons that she believes can benefit her this season.

- I learned to take day by day and not worry about the future.

This is something I want to continue working on.

It is the best strategy to get to a peak of form and good performance on the way there.

It is my melody that I will continue to work hard for.

But lately, Frida Karlsson and Ebba Andersson have naturally taken over the baton.

- It's always fun to beat out the underdog and surprise.