Nepomniachtchi's superiority in classics and Carlsen's power in rapid and blitz: what you need to know about the match for the chess crown

On November 26, Magnus Carlsen and Ian Nepomniachtchi will play the first game of the match for the title of world chess champion. The Norwegian has consistently prevailed over all his rivals in decisive confrontations and has held the title for eight years. However, in Dubai, he will come face to face with a grandmaster, who is inferior in terms of head-to-head statistics with classical time control. At the same time, the current crown holder is superior to the Russian in rapid chess. 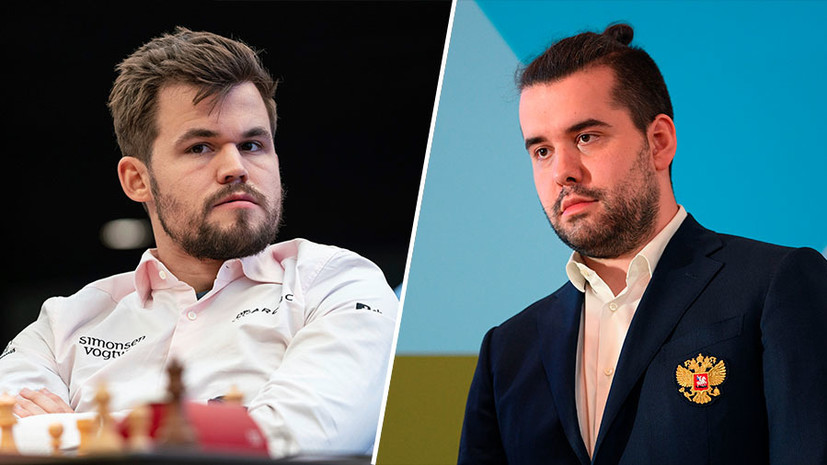 Only a few days are left until the start of the main chess event of the last three years - the match for the title of world champion.

On November 26, the first classic game between a Norwegian and a Russian will take place in Dubai, and the dispute between the two best players on the planet will end on December 14 or 15.

According to the regulations, the applicant was supposed to challenge the title last year, but the match was postponed due to the coronavirus pandemic.

This circumstance allowed Carlsen to extend his hegemony on the chess throne to eight years.

Only in April 2021 was his opponent identified, and for the first time in five years the Russian chess player Nepomniachtchi became him.

This championship match will differ from several previous ones in format.

It is planned to hold not 12 classical games, but 14. This is due to the fact that last time Carlsen and the American Fabiano Caruana, who challenged him, drew all the fights.

In order to increase the chances that the fans will still see the successful games, it was decided to lengthen the match until a tie-break winner was revealed.

At the same time, all games must still fit into a three-week interval, so chess players will have to play according to a not quite usual schedule - they will have to play three times at the board three days in a row, and only after that they will receive a day of rest.

The day off will also be announced before the final classical game, and after it a tie-break will be played immediately.

Nepomniachtchi is famous for being the best in the first half of the tournaments. In Dubai, eight games will be held in the first ten days at once. During this time, the Russian chess player will be able to seize the advantage before Carlsen plays and smells the blood. But if this plan does not work, Nepomniachtchi will be left without a day to prepare for a tie-break, in which the Norwegian will just be the undisputed favorite - he has already twice become the world champion based on the results of games in rapid chess.

Their regulations have remained unchanged. In the event of a draw based on the results of classical games (120 minutes - for the first 40 moves, 60 minutes - for the next 20 moves, and another 15 minutes for the remaining + additional 30 seconds for each move), the chess players will play four rapid games (25 minutes + 10 seconds for move), and then, if necessary, up to five two-match blitz games will be organized (5 minutes + 3 seconds per move). If in this case the players do not identify the strongest, then the only game of Armageddon will be played (5 minutes for White and 4 minutes for Black + an additional second, starting from move 61).

Carslen is rightly considered the favorite and the main contender for the main part of the prize pool, which will amount to $ 2 million. Firstly, he is noticeably ahead of Nepomniachtchi in the Elo rating - 2855 points against 2782 for the Russian. Secondly, the Norwegian has been holding the title of world champion for a long time not only in classical chess, but also in rapid and blitz. If in 14 games Ian is still unable to seize the advantage, then Magnus can hardly be worried about the outcome of the entire match.

However, it should not be ruled out that a tie-break will not be needed this time. Nepomniachtchi is one of the rare chess players who have a positive balance of meetings with Carlsen in the "classics". In total, they played 13 matches in this format, and the Russian celebrated victory four times with eight draws and one defeat. True, most of the productive meetings took place when both players were still very young and were just starting their sports path.

For the first time, Nepomniachtchi beat Carlsen in 2002 at the European U12 Championship.

The following year, the Russian again took over the planetary championship.

In 2011, two years before Carlsen's first coronation, Nepomniachtchi beat him with black pieces, and six years later he repeated his success.

The Norwegian took revenge only in 2019.

Since then, they have played three more classic games and all ended in a draw.

As for rapid chess, Carlsen's advantage is undeniable - 22 wins against 10 losses.

One of those who helped Nepomniachtchi prepare for the match for the world title was Sergei Karjakin, who himself fought the Norwegian in 2016 and even took the lead.

In his opinion, Carlsen is inferior to the Russian in psychological preparation and can give weakness due to more serious pressure.

I share my experience, advice, play a lot of training games.

After all, I have already fought Magnus and practically beat him in New York.

So I definitely have something to tell.

I think the most important thing is not to be afraid of an opponent.

Do not be afraid that something will go wrong.

Better to let him be afraid.

Magnus has a lot more to lose.

He has a bunch of sponsorship deals.

If he loses and loses the title of world champion, it will hit his image hard.

Carlsen will try hard not to lose.

We need to psychologically pressure this moment, "Karjakin told Sport-Express.

At the same time, the ex-challenger believes that the new format of the match will still give some advantage to Karslen, who will have extra room for maneuver.

“The increase in the number of games is in favor of the reigning world champion.

The longer the distance, the psychologically easier it will be for Magnus.

When you know that there are still many games ahead, then in one of them you can take a risk.

Even if something goes wrong, you still have a chance to win back.

For Yan, the main thing is to pass this distance without sharp drops.

And I am almost sure that the opponent will give chances to win.

It cannot be otherwise in 14 games.

The main thing is to realize this chance, use your chances to score, as they say in football, ”added Karjakin.