"I will beat him": should Emelianenko be considered the favorite in the fight with Santos at the AMC Fight Nights 106 tournament

Alexander Emelianenko will hold the first fight under the MMA rules in the last year and a half. His rival at the AMC Fight Nights 106 tournament will be Marcio Santos, who will be remembered for his uncompromising battles with Alexander Shlemenko and Artur Guseinov. The spice of the battle in the "open" weight category is given by the fact that the Russian is much heavier and taller than the Brazilian. What to expect from the duel in Syktyvkar and what impact it can have on the careers of both participants - in the RT material. 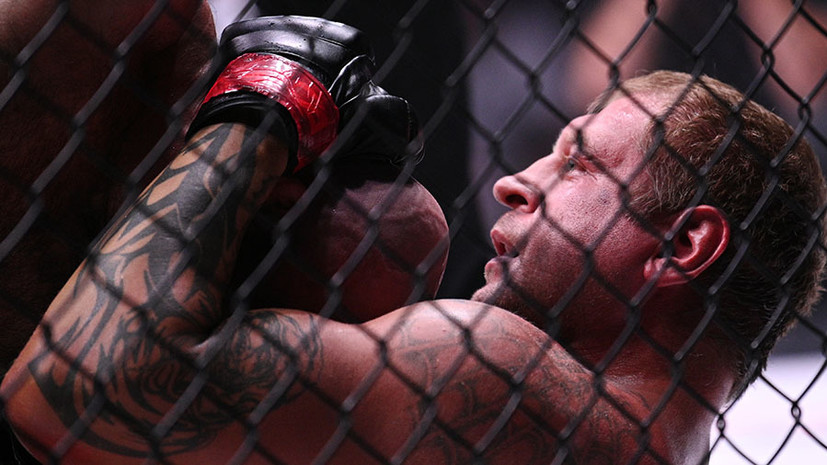 Last week it was announced that Alexander Emelianenko will replace Vyacheslav Vasilevsky in the main match of the AMC Fight Nights 106 tournament, which is to take place on November 27 in Syktyvkar.

The 40-year-old heavyweight agreed to share the cage with Brazilian Marcio Santos on short notice, seriously surprising many professionals.

Definitely in the actions of the Russian there is a lot of adventurism.

At least two, but these are already tight deadlines that do not allow you to get in full shape.

Fresh examples of boxers Sergei Kovalev and Maxim Vlasov, who agreed to fights against Saul Alvarez and Joe Smith, respectively, and were defeated.

The Russians surrendered in the later rounds: the first was knocked out, and the second lost by a judge's decision.

However, the situation with Emelianenko is significantly different. Alexander performs in the absolute weight category, so he does not exhaust himself with diets and "drying". The upcoming meeting will be held in the "open" category, and he will have a colossal advantage in mass over his opponent. Santos has never gone beyond 84 kg, and this year he even said that, if necessary, he would easily go down to welterweight. Emelianenko, on the other hand, weighs almost one and a half times more, and even surpasses his opponent in height by 26 cm, which automatically gives him a certain advantage before the start of the fight.

Another thing is that the Brazilian is an active active fighter. This year alone, he made four appearances in the cage. True, he won only one victory, but the defeat from Oleksandr Shlemenko can safely be considered an asset. If the meeting took place in Brazil, and not in Russia, the judges had the right to declare him the winner. Against this background, all the advantages of Emelianenko, who did not fight according to the rules of MMA for 491 days, fade away. This is a colossal time for a mixed martial arts veteran. In his person, AMC Fight Nights gets a pig in a poke, since it is impossible to assess Emelianenko's real form.

The last time he fought in September this year with blogger Artyom Tarasov. The meeting was held according to the rules of fighting with bare fists, and ended with the victory of the athlete by unanimous decision. However, the first round remained with Tarasov, and only in the second half of the fight did Emelianenko manage to realize his advantage in weight. Tarasov was knocked down four times. At the same time, it was noticeable that in two years Alexander became much slower not only in terms of movement, but also in the speed of his hands. This fact was noted by the interim UFC bantamweight champion Peter Yan.

“I am not impressed by the speed of Emelianenko's hands.

Here everything in aggregate should be in a fighter, a boxer - arms, legs, movement, thinking, and so on.

We haven't seen Alexander in the ring.

Who did he box with?

This is not an indicator, the opponent is not a boxer ", - quotes the words of Yana" Sport-Express ".

It is believed that the basic fighter for a boxer is like kryptonite for Superman, and Marcio is a representative of the jujitsu school.

In addition, the Brazilian spent the entire last year in Russia, training in the Dagestan club Kaganat, where he significantly improved his classic wrestling skills, which was confirmed by meetings with Shlemenko and Artur Guseinov.

But these performances of the Brazilian did not impress his current rival at all.

“Santos has no work in the pit at all, he is squeezed, pumped up, quickly fizzled out. He runs out of gasoline, cannot conduct the whole fight at a high pace, boxing with his hands down. I will beat him. By knockout. Marcio will fall asleep. I will try to finish as early as possible. It makes no difference - painful, suffocating, knockout, ”Emelianenko said in an interview with Azamat Bostanov.

Everyone is already accustomed to Alexander's loud statements, but this does not make his assessment less strange. Fighting a fighter whom Shlemenko could not knock down is not at all the same as holding meetings with Tarasov and Koklyaev for the amusement of the public. The current rival of the Russian spent 15 minutes in a cage with active professionals, and gave no reason to doubt his weak preparation, unlike the mixed martial arts veteran, who ran after the blogger in the cage for six minutes and could not knock out.

Definitely, it is in the struggle and constant clinching that the Brazilian should look for the keys to success. Emelianenko, since his release from prison, has been working exclusively in the style of a classic boxer. Any transfer to the flooring turns into huge problems for him. It was due to the struggle that Tony Johnson managed to bring the fight to a draw, and Magomed Ismailov achieved a crushing victory. And these are the last two professional fights of Emelianenko according to the rules of MMA.

But not only due to natural data, Alexander will have an advantage over his opponent. There are a number of other factors that allow him to count on success. First, Santos was preparing for a completely different opponent. All the techniques and preparations worked out for Vyacheslav Vasilevsky are of little use in the upcoming fight. Secondly, Marcio knows how to fight, but his attempts to transfer to the ground are not in the best way, and the opponent is much harder than those with whom he is used to fighting. Thirdly, the Brazilian prefers to work as number two, which is also convenient for Emelianenko, who loves and knows how to impose his will.

The only thing that a Russian will not lose is money.

Regardless of the outcome of the meeting, he will earn $ 200 thousand.

The head of AMC Fight Nights Kamil Gadzhiev quickly managed to find a new sponsor for this amount, so replacing Vasilevsky with Emelianenko definitely increased attention to the tournament.

In addition, the president of the league knows how to create excitement around the battles, and his long-term goal is to organize a duel between Alexander Emelianenko and Vladimir Mineev.

The latter defended the middleweight championship belt against Magomed Ismailov, and now needs an opponent with a big name.

Hajiyev arranges a “test of the pen”.

If Emelianenko passes Santos, much more interesting prospects will open before him than the fight with rapper Dzhigan, while defeat can finally put an end to his professional career.