LeBron in windy weather after a pacifier

Superstar LeBron was penalized during tonight's NBA meeting between the LA Lakers and Detroit Pistons. In a fight for a return, he beat his opponent Isaiah Stewart bloody. 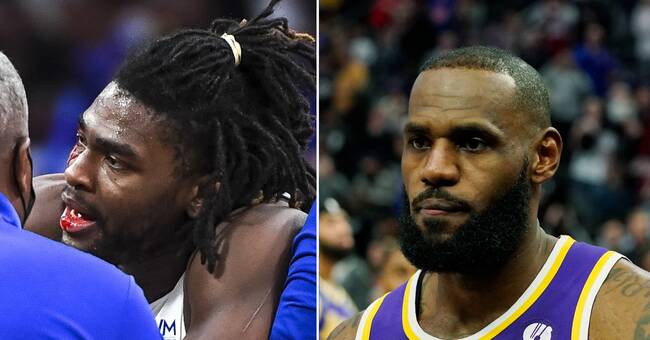 LeBron James has just returned from injury, but now the Lakers look set to play even more games without their superstar.

It was in the third quarter that James and Stewart both fought for a return, a gruesome situation where James finally swung out with his left arm and hit Stewart in the eye area.

An upset and bleeding Stewart then confronted James and teammates had to intervene to prevent fights.

Stewart, however, was difficult to calm down.

The 20-year-old repeatedly tried to get to James, in the end both players received match penalties, something that could later result in suspensions.

Stewart had to sew up to nine stitches, according to Piston coach Dwane Casey.

He also says he does not think Stewart should be punished by the NBA for his behavior after the beating.

He should not be punished.

LeBron should not be suspended either, says teammate Anthony Davis.

- Stewart became physical with LeBron, and LeBron did the same.

Everyone in the league knows that LeBron does not play ugly.

As soon as that happened, he looked back (towards Stewart) and said 'Wow, my fault, that was not the point', he says.

CLIP: LeBron on the mockery of old age: "I just laugh at it" (October 2)

LeBron James and some of the teammates of the LA Lakers during the media day before the NBA season.