Opens for Johansson to Ruka: "This is just the beginning" 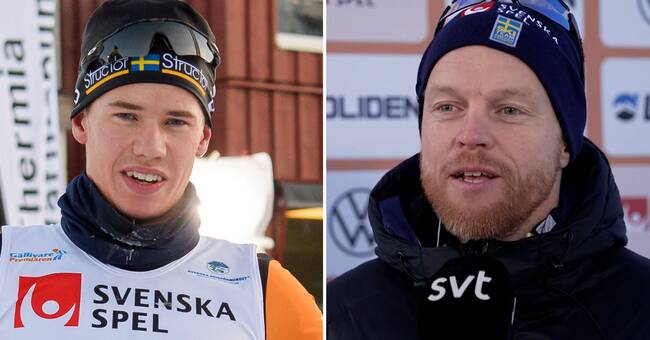 Today, the youngsters continue to impress him.

- I said that it was fantastic fun yesterday, and today it is proof that this is not a one-time event.

Today, both were better than all the national team skiers - something Jonas Eriksson was not late to point out before.

We have missed that competition in Sweden, the idea that "we should be better than the A national team", that's how you want it.

The squad to Ruka

The national team manager will within the next few days take the squad to the World Cup competitions in Ruka next weekend.

He has been in talks with the men's coaches who have their say.

Now he will talk to the riders about how they feel.

- It is always difficult because there are as many as you want to be able to participate with, we only have six places in each race, says Byström.

The national team manager does not want to reveal any names yet.

But there is much to suggest that this weekend's double winner will be one of the riders who will be part of the squad.

- Yes, of course, if you win two races here, it takes a lot to not be selected, he says.