Sebastien Ogier held off in the final rally WC competition at Monza in Italy. The Frenchman took home his eighth World Cup title in his career. 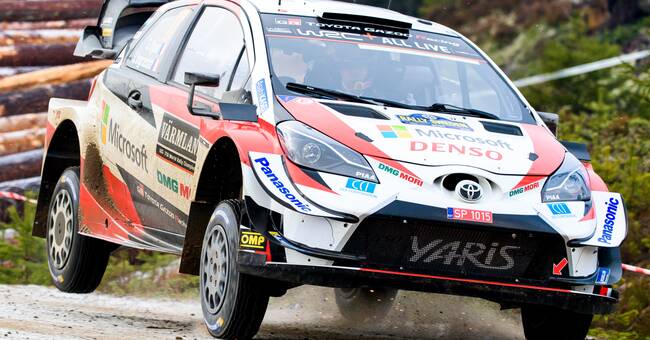 Sebastien Ogier makes his last full season in the WRC and he got a perfect end to the season.

Ogier made up for the victory with teammate Elfyn Evans and in the end it was the Frenchman who was the strongest and took home both the victory in the competition and the world champion title.

After Ogier crossed the finish line, big scenes of joy erupted as the Frenchman celebrated the title.

- It is difficult to describe, it is fantastic, Ogier said in an interview after the finish.

This is Ogier's eighth World Cup title in his career.

Oliver Solberg had a dramatic competition when he was forced to put the car in the depot during the 15th leg.

And it ended up being a fifth place for the Swede at the end of the season.

Next season, Solberg will drive permanently in the World Rally Championship.