Stadium 974.. Qatar announces the readiness of the first completely dismantling stadium in the history of the World Cup

The Supreme Committee for Delivery &amp; Legacy has announced the completion of the seventh stadium for the 2022 FIFA World Cup Qatar, which is Stadium 974, the first fully decommissionable stadium in the history of the World Cup. 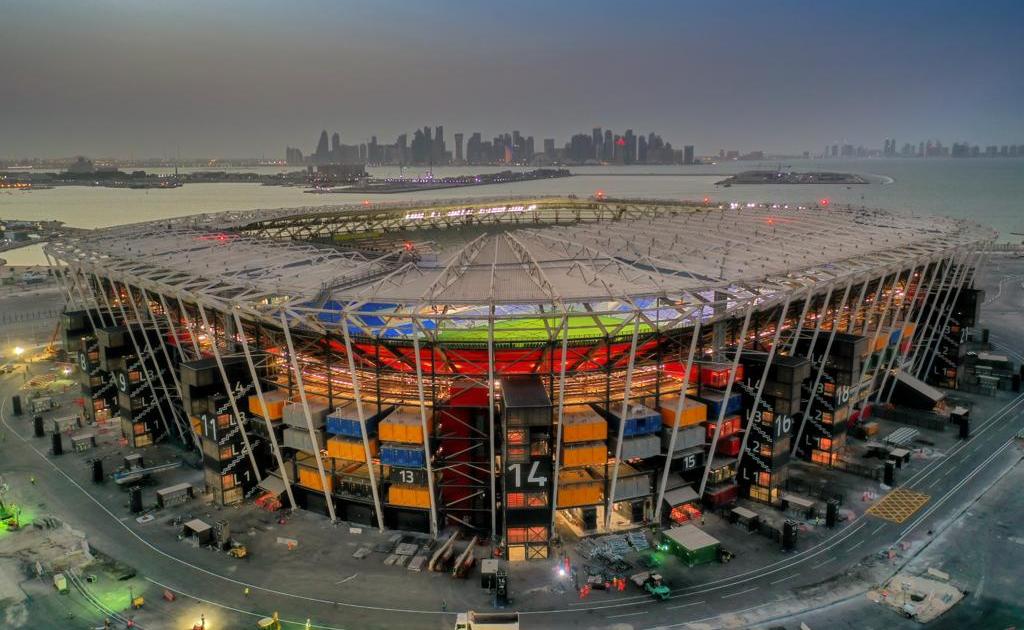 The Supreme Committee for Delivery & Legacy announced the completion of the seventh stadium for the 2022 World Cup Qatar, during a digital event organized today, Saturday, announcing the readiness of Stadium 974, as the first completely dismantling stadium in the history of the World Cup tournaments.

The new name of the stadium, previously known as Ras Abu Aboud Stadium, reflects the number of shipping containers used in its construction, and is 974 the international calling code for Qatar, and the stadium will host the first matches on its soil during the Arab Cup Qatar 2021, whose competitions start at the end of this month.

The Secretary-General of the Supreme Committee for Delivery and Legacy, Hassan Al Thawadi, expressed his pride in announcing the completion of Stadium 974, in another achievement on the road to Qatar 2022.

Al-Thawadi said, "We are pleased to announce the readiness of another World Cup stadium, to reach another proud station as we are getting closer to hosting the first edition of the World Cup in the Middle East and the Arab world."

He stressed that this innovative stadium will be a model in the world of stadiums, adding, "Today we celebrate the inauguration of an exceptional stadium by all standards, and it would change the prevailing concepts in the construction of stadiums in the countries hosting major sporting events in the future, and embodies the sustainable legacy of the World Cup after the end of the competitions of the largest sporting event. The region is witnessing.

Stadium 974 is located close to the historic port of Doha, with a panoramic view of the Al-Abraj district of Doha across the waters of the Gulf.

The stadium, which has a capacity of 40,000 seats, will host 7 matches in the Qatar 2022 World Cup, from the group stage to the final price, and will host 6 matches during the Arab Cup organized by Qatar from November 30 to December 18, next. Including the first two semi-final matches, and the match for third place.

Officially we announce the readiness of the stadium #974 pic.twitter.com/PwT4LFd6Oq

The new sports edifice is considered the seventh of the stadiums, ready to host the World Cup Qatar 2022, and joins 6 other stadiums that have been completed, namely Khalifa International Stadium, Al Janoub Stadium, Education City Stadium, Ahmed Bin Ali Stadium, and Al Thumama Stadium, which opened last month coinciding with hosting the Cup Final. The Prince, in addition to the Al-Bayt Stadium, which is scheduled to open on the first day of the Arab Cup competitions.

Thanks to its innovative design, Stadium 974 does not require the cooling technology used in the rest of the World Cup stadiums, as the unique location of the stadium on the banks of the Arabian Gulf contributes to providing an unparalleled experience for fans who will attend the matches as if they were in the open air.

A large part of the stadium's structure is made of recycled steel, while the advanced equipment guarantees a 40% water consumption savings, compared to other traditional stadiums.