What is the B1 permit that Traffic could implement in Spain?

Is it safe for a 16-year-old to drive a small four-wheeler capable of reaching 90 km / h? Everything will depend on the training you receive. From... 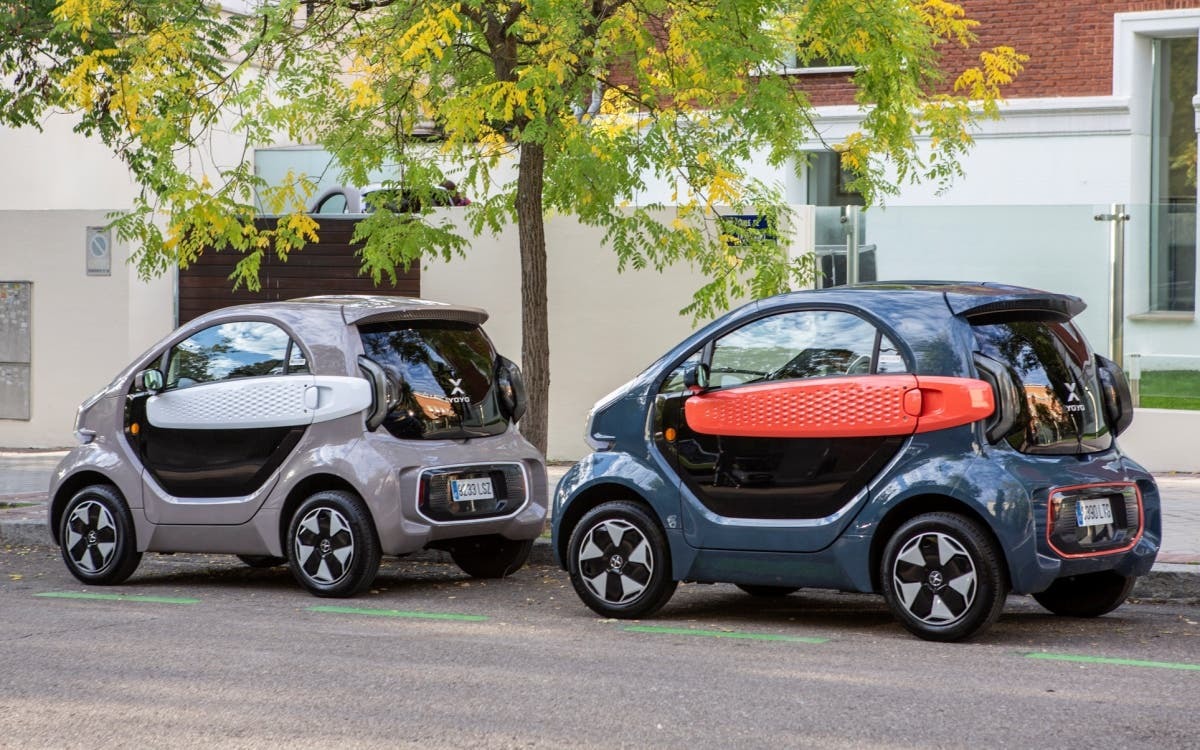 Is it safe for a 16-year-old to drive a small four-wheeler capable of reaching 90 km / h?

Everything will depend on the training you receive.

In fact, there is already an A1 license for motorcycles up to 125 cc and 20 CV of power that run considerably more and that, on the other hand, do not have a bodywork that protects in the event of an accident.

So, a priori, there should be no drawback in that sense for Spain to introduce the so-called

B1 permit, which has already been adopted and successfully tested in Portugal, Italy, France and the United Kingdom

For our country, the DGT has confirmed that it is studying it.

Although the proposal was born with a different spirit: to facilitate the incorporation "rational and staggered" of

the youngest to electric mobility

(or zero emissions) called to be unique in the future.

According to the consulting firm Pons Seguridad Vial and Aedive, the association that promotes electric mobility,

its implementation in Spain could be used by up to one million users aged 16 and 17 each year.

On horseback between a microcar and a car

And what exactly is the B1 permit?

It is a card that would be straddling the one that allows the use of a light quadricycle, the traditional microcars that cannot exceed 45 km / h;

and the B that is necessary for a conventional tourism

Legally, the B1 permit gives access to heavy or L7 quadricycles, which are those whose unladen mass is less than or equal to 400 kg

(or 550 kg, in the case of vehicles intended for the transport of goods) not including the mass of batteries for electric vehicles, and with an engine whose maximum power is less than or equal to 15 kW

Crash test of a quadricycle

and, although they do not have the safety of a conventional car (they are not required to carry ABS or airbags, for example), they do have an important advantage that L6 quadricycles do not have:

a reinforced structure that protects in the event of a rollover or collision.

To cite two examples of which are these cars, the Renault Twizy in its version 85 or the most recent XEV Yoyo.

Requirements to obtain it

for motorcycles up to 125 cc, the regulations require applicants to be at least 16 years old.

And pass a series of tests:

pass the psychotechnical test, a general theoretical exam (the same as the car license), another specific for motorcycles, a closed-circuit exam with a part of balance and another of speed, and another of circulation.

Exam to obtain the A1 permit

In the case of the B1, with the same age requirement, the European directive that regulates it

does not distinguish between theoretical training of the B and B1

opinion of the entities that promote it,

it should be adapted and specific to each type of vehicle.

And this is where the DGT comes into play.

In addition, since most of the models of this type that are for sale have electric propulsion, they would be an important support to the decarbonisation policies. "Although the ideal would be for the urban movement to be developed mainly in public transport and bicycles, the truth is that

in the event that private vehicles have to be used, they must be responsible and sustainable. The city is evolving to such an extent that o they are like this or they will not be "says Ramón Ledesma,

e, adds that "it would make it possible to raise awareness about safe and efficient driving among a public that tomorrow will be part of the traffic,

apart from favoring the industrial development of vehicles by Spanish companies.

MotorIf you watch Netflix, HBO or Amazon Prime Video, you may not approve the card

EngineHow to Drive Safely on Ice and Snow on the Road