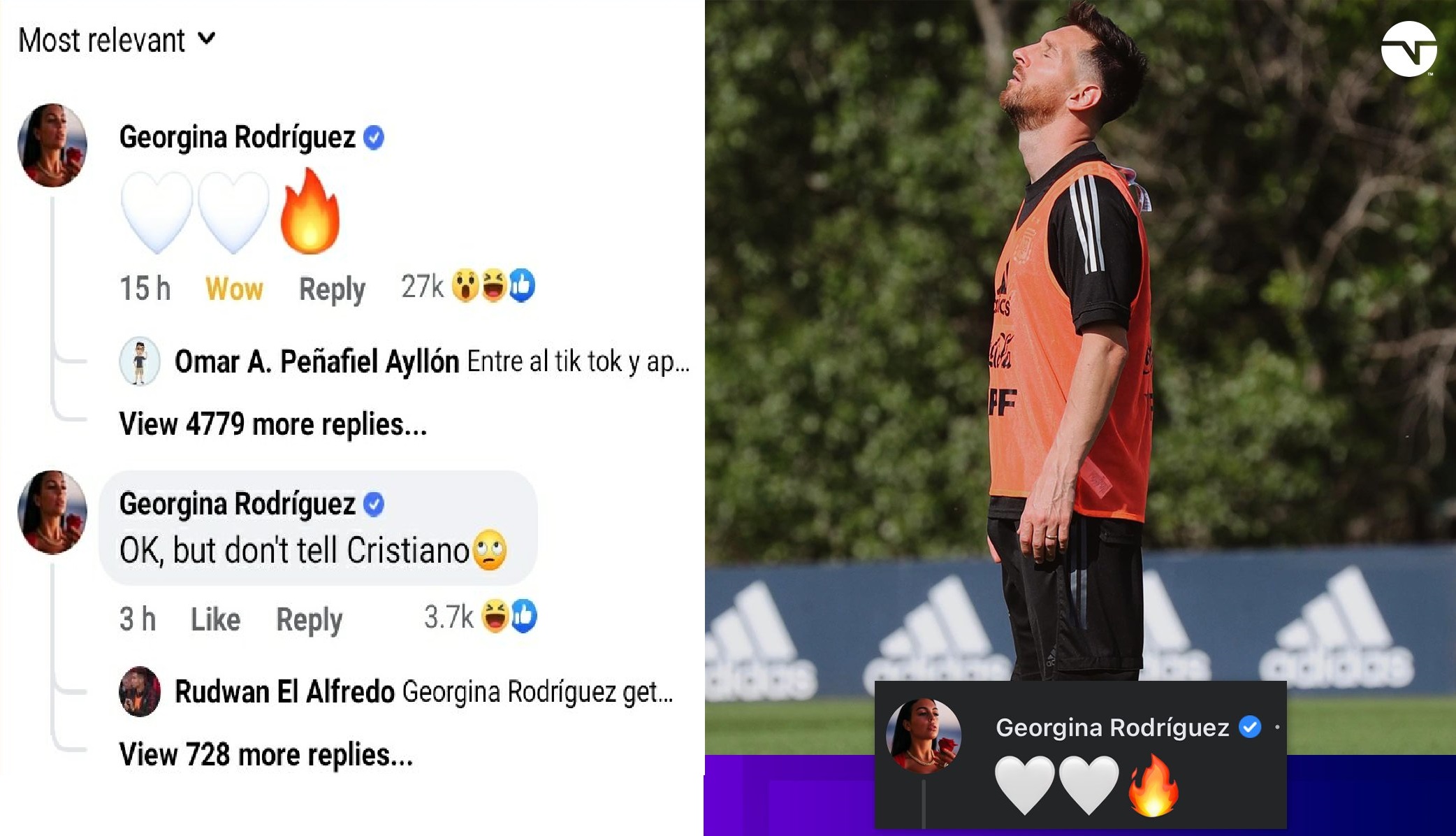 In the details, a documented page bearing the name Georgina Rodriguez with white hearts commented on Messi's page and asked the followers, in another comment, not to tell Cristiano about the matter.

Some indicated that this behavior is a betrayal of Cristiano Ronaldo from her, but it turned out that the page is fake and does not belong to Georgina, but the page's administrators are from Egypt and not from Spain, Portugal or London, where Georgina lives.

The world footballer, Cristiano Ronaldo, published a picture of him with his girlfriend, international model Georgina Rodriguez, as they left Portugal, "Ronaldo's birthplace", on his personal page on the social networking site.

He commented: "No matter how far in the world we travel, my family and I in Portugal always feel at home. Great climate, great food and the affection of the Portuguese people, it is always a pleasure to come back to my country. It is time to go back to Manchester and focus fully on our goals, but we We'll be back soon. See you now, Portugal."

Ronaldo's followers were bombarded with comments on Georgina's role in permanent support for Ronaldo, and accompanying him in all his steps.

And the pioneers of social networking sites shared a photo of the international model Georgina Rodriguez and her lover, the world soccer player Cristiano Ronaldo, while they were in the swimming pool.