Team Anna Hasselborg and team Niklas Edin are getting ready for the European Championships in Lillehammer, where both are reigning champions. For the first time, the team also has its own chef to get the best conditions. - This is very new to us, we are not used to being served that way in curling, says Agnes Knochenhauer. 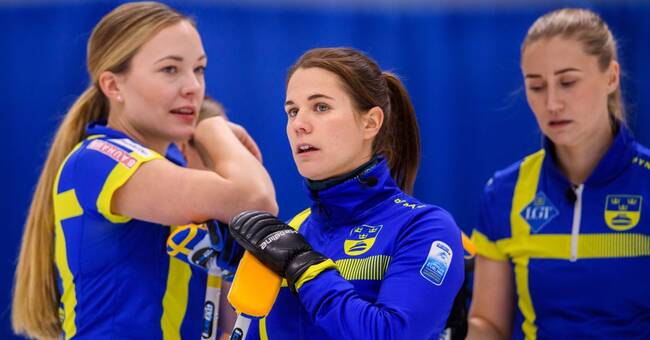 Team Hasselborg travels to Lillehammer as reigning champions and after canceling the championship last year, due to covid, they now have the chance to defend the gold.

- It is of course a big dream for us to have the opportunity to do it again.

After last year when we did not get to play that much, it feels extra fun to come back, says Agnes Knochenhauer.

The infection rates in Norway have recently increased again, but the teams have full confidence in the organizer and do what they can to stay isolated.

- We live together, eat together and we will even have our own chef with us this time, which we share with the men's team.

So we do what we can, says Knochenhauer.

"Not used to being served"

This is the first time the team has its own chef at the championship.

- This is very new to us, we are not used to being served that way in curling.

But I guess it will be good home cooking.

And there are some dishes on the wish list.

- If we had cooked ourselves, it would have been minced meat sauce with spaghetti, a large salmon side with potatoes.

Decent food with a lot of protein and carbohydrates - that's the best.

- And lasagne too, we must not forget that.

One of the great benefits is that there will be snacks and evening snacks served.

- When we come back from the evening matches, we are hungry.

The best part, if it's someone else doing it for you so that it's just served, then I would say a nice smoothie and a crispbread with boiled egg would have been awesome.

And of course, a golden cake can be served next weekend.