Park Kyung-soo celebrates victory with crutches... “We need to establish a KT dynasty.”

The youngest team in professional baseball, KT, rose to the top with 4 consecutive wins in the Korean Series. The tears of MVP Park Kyung-soo, who came out on crutches, were very moving. It was tears that relieved the pain of 19 years. 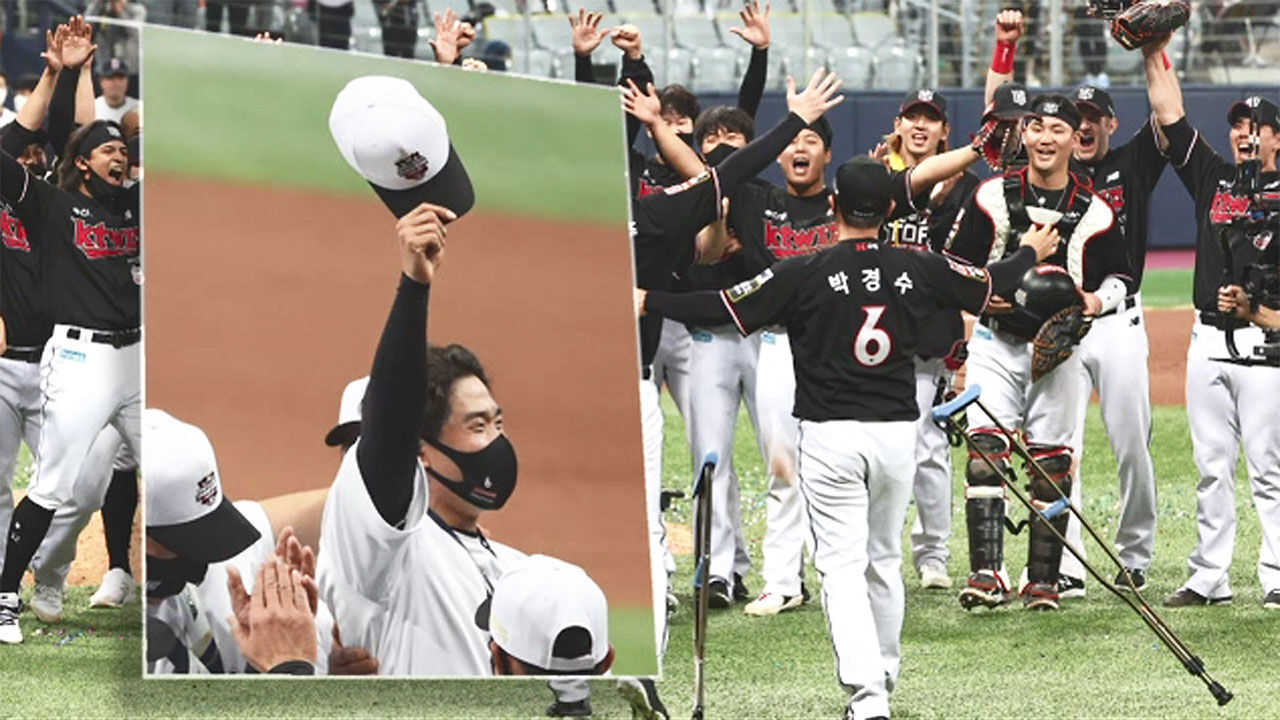 KT, the youngest team in professional baseball, lightly climbed to the top with 4 consecutive wins in the Korean Series. The tears of MVP Park Kyung-soo, who came out on crutches, were very moving. It was tears that relieved the pain of 19 years.

the KT players, who were enjoying the thrill of winning, beckon to the dugout, Park Kyung-soo cautiously walks out with crutches.

Then, as he threw down his crutches and roared, cheers from the players and fans reached a climax, and Park Kyung-soo hugged Hwang Jae-gyun and shed hot tears.

[Park Kyung-soo/KT: I am really happy to win like this, and I feel like I played a senior role... .]

Park Kyung-soo, who was selected for the first time by LG in the 2003 draft and had not been able to sit for over 10 years, moved to the new team KT in 2015 and opened his heyday belatedly.

He led KT's growth by recording double-digit home runs for six consecutive years, and showed a tight defense, establishing himself as the best second baseman in the league.

This season, when he turned 37, he showed a sluggish batting average of 10% due to a series of injuries, but in October, manager Lee Kang-cheol began to use veteran Park Kyung-soo, who took the first step in 19 years following the picturesque diving catch that determined the first place. It flew dazzlingly in karate just like in the Korean series.

Park Kyung-soo, who became MVP with an overwhelming support of 74% even after guarding the bench in Game 4 due to an unexpected injury, talked about a bigger dream.

[Park Kyung-soo/KT: (Woo Seung-i) I didn't really know that this was so good.

I want to be reborn as a strong team that can hear such stories about the KT dynasty.]