Maja Dahlqvist fastest in the qualifiers in Gällivare

Maja Dahlqvist, Anna Dyvik, Jonna Sundling. It was top three in the qualifiers when the long-distance season started with a sprint at the Swedish premiere in Gällivare. - A little rusty but completely okay feeling, Dahlqvist says to SVT Sport. 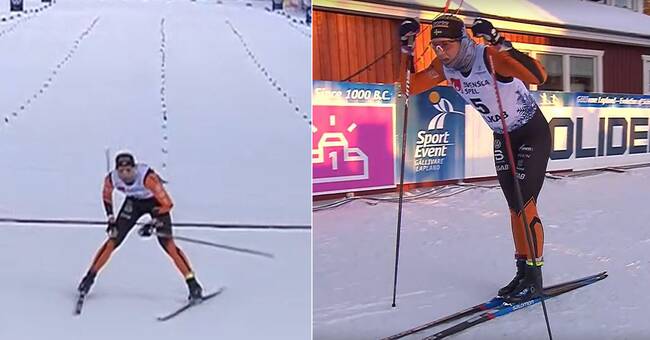 The Swedish sprint stars on the women's side showed form already in the qualifiers in Gällivare.

Despite the fact that meritorious Swiss women such as Nadine Fändrich and Laurien van der Graaff participated, it became five times Swedish.

Maja Dahlqvist was the fastest and within two seconds behind her were Anna Dyvik, who bets outside the national team, and Jonna Sundling.

Another five seconds behind were Johanna Hagström and Linn Sömskar.

- I think it felt like I could go with a calm and not stress too much.

You want to find some kind of peace in the ride and get control of the ride, says Dahlqvist.

Sprint star Linn Svahn will miss the lion's part of the season due to shoulder surgery.