Juventus plays a "life or death" match with the "shaky" Allegri

Massimiliano Allegri's return to Juventus has turned from a dream to a nightmare this season, and the situation may worsen if he suffers a new defeat in the Italian Serie A football against Lazio on Saturday and will decline further in the title race. 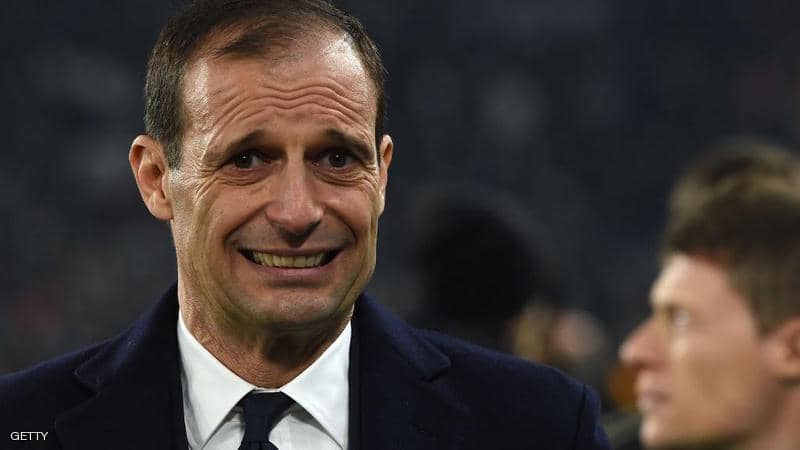 Juventus plays a "life or death" match with the "shaky" Allegri

Massimiliano Allegri's return to Juventus has turned from a dream to a nightmare this season and the situation may worsen if he suffers a new Serie A defeat at Lazio on Saturday and will drop further in the title race.

It seemed that Juventus turned the situation around after failing to win the first four rounds of the league for the first time in 60 years, after which it achieved six consecutive victories in all competitions.

But the perfect streak collapsed with back-to-back defeats against Sassuolo and Verona in late October, and Juventus needed a goal in stoppage time to beat ten Fiorentina players in their only league victory after a stumble, raising doubts about the "shaky" Allegri.

"We tried to build the club's present and future, and I think we are at the beginning of the stage of finding an appropriate mixture to continue winning," he added.

There is no alternative to winning in the capital, and if the rest of the results do not help him, the third defeat in four league matches may widen the gap between eighth-ranked Juventus and top-tier club Napoli and Milan to 17 points at the end of the round.

And Maurizio Sarri, the current Lazio coach, and the last coach to win the league title with Juventus, will be the happiest with deepening the wounds of his former club, especially since his team is ranked fifth, one point behind the golden square.

Sunday's matches witness the visit of Napoli, who did not lose in the league, to Inter Milan, the defending champion, in a real test of coach Luciano Spalletti's team's ability to win the title.

Napoli amazed everyone with a perfect start to the season, winning 10 times against two draws in 12 league matches so far.

After Inter drew with rivals Milan, they slipped by seven points from Napoli and will have to persevere to chase the leaders and preserve the title they won last season after an 11-year fast.

Milan, who are level with Napoli at the top, are facing a difficult task against hosts Fiorentina on Saturday, and coach Stefano Pioli has indicated his desire for a change in the game.

"I would like to communicate more with the players during the matches and use the time-out in football like basketball," he told reporters.

AS Roma, led by Jose Mourinho, completes the matches of the round with a visit to Genoa on Sunday, looking for a revival after winning once in the last seven matches in all competitions.