HV71 made the AIK coach desperate: "They play in their own league"

HV71 won against AIK with 3-0 in front of 6570 spectators in Jönköping. They followed up the 2-1 victory on Wednesday at Hovet against the same team and now took their tenth victory in a row in the Hockeyallsvenskan. 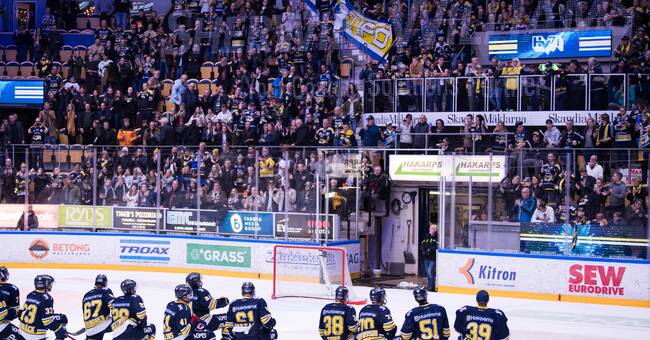 The ex-SHL team leads the table with eleven points after 17 rounds and has only one loss this fall.

Only Björklöven has defeated HV.

- There is nothing better than a shootout at the home arena.

We have Sweden's best fans, says two-goal shooter Taylor Matson in sounding Swedish while the rhymes rolled around in Husqvarna Garden to C More.

- It was a nice Friday night with a large audience in Garden.

The guys helped me out there.

We saw it as a Game 4. To be completely honest, a match like this can be easier than others where we dominate more and it was important to be mentally connected, says goalkeeper Jonas Gunnarsson after the fourth win against AIK this season.

AIK coach: "We should have had lighter fluid"

- I am very disappointed, even though HV is a great team, they play in their own league.

But with that said.

I think we were good at home at Hovet.

Everyone wanted to see us lose.

We should have had lighter fluid but I do not see that glow after the first period and it makes me deeply self-critical that I can not light the players.

There are too few players who are good today, says Blomqvist.

In the final minutes, AIK's Alexander Deilert and HV's Max Wennlund clashed in a violent fight, where the AIK player bled profusely and the ice had to be scraped clean.