Hagström's pass to Dyvik: "I win the Olympics"

Defeated in the sprint in the sprint premiere. Then Johanna Hagström joked with the winner Anna Dyviik. - I win the Olympics, so you can win now. 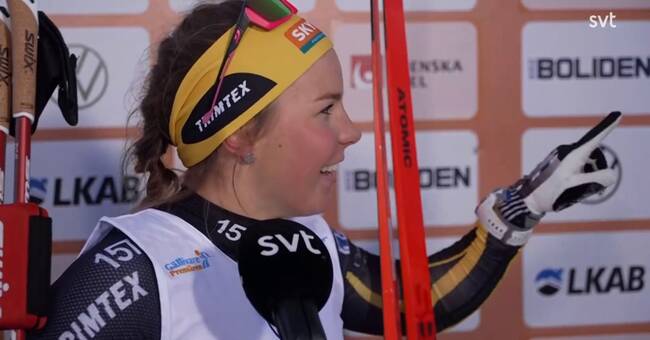 The women's sprint final in the national premiere in Gällivare was dramatic.

Anna Dyvik won after a tough sprint deal against Johanna Hagström and crossed the finish line one second ahead of her competitor.

Afterwards, Dyvik sent a pass to the winner.

- We had a fight in Mora a few weeks ago when she broke some poles and we elbowed each other forward.

Then she pulled the longest straw, and now with.