Barely two weeks ago, Edmonton Oilers superstar Connor McDavid scored a notable super goal against the New York Rangers. In tonight's victory against the Winnipeg Jets, he struck again - and the resemblance is striking. 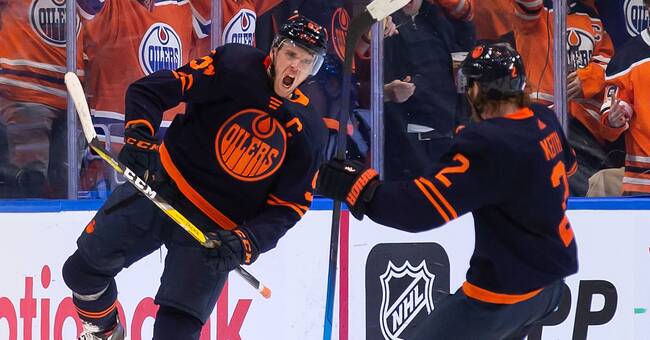 It took until the third period before the match's first goal came and then it was visiting Winnipeg's Dane Nikolaj Ehlers who found the goal.

After that, it took only half a minute before Connor McDavid responded, in a way that only he can.

He got the puck in his own zone, picked it up over the ice, faked three Winnipeg players and put it behind Connor Hellebuyck.

The goal is very similar to what he did against the New York Rangers almost two weeks ago.

That time, there were four players who failed to take the puck off the star.

McDavid has scored points in all matches this season and thus has a sixteen-match scoring streak.

The Oilers also won the match in the end on penalties.

McDavid also scored there and when Kyle Turris also succeeded, it was decided.