Brynäs up in the series lead - after Bouveng's hat trick

Brynäs is steaming in the SDHL. On Friday night, the league lead was taken back after a hat trick by the talent Josefin Bouveng. 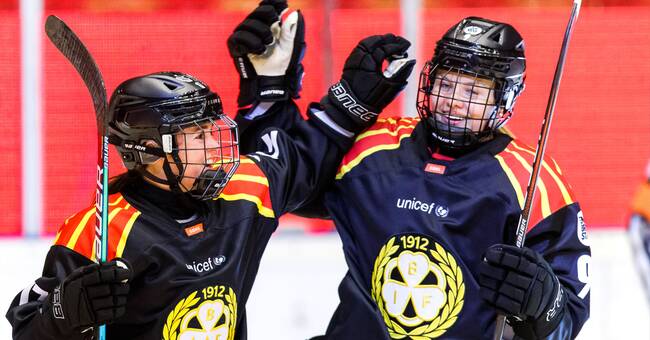 Then Brynäs had no problem defeating SDE on Friday night.

It was the star chain Josefin Bouveng, Katerina Mrazova and Lara Stalder who were involved in everything for Brynäs.

After a goalless first period, the home team went from 3-0 in the middle of the night - after one goal was by Bouveng, Mrazova and Stalder.

However, Josefin Bouveng was not satisfied with "just" one goal this evening.

In the final period, she followed up with two more to complete her hat trick.

The 20-year-old has now scored eleven goals in twelve games this season.

Brynäs eventually won 6-1 after another goal by Lara Stalder.

With the victory, they again top the table with the same points as Luleå, which, however, has one match less played.