Al Ain will play a high-caliber confrontation when it is a guest of Al Jazira in the tenth round of the ADNOC Professional League, at 8:15 pm at Al Nahyan Stadium in Al Wahda Club in Abu Dhabi, where Mohammed bin Zayed Stadium is undergoing maintenance work in preparation for the World Cup. And the "leader" tops the list 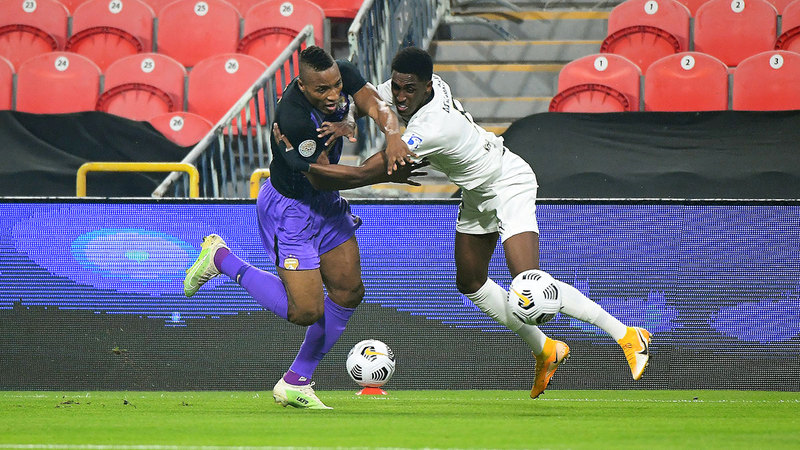 A strong conflict is expected in today's match between Al-Jazira and Al-Ain.

Al Ain will play a high-caliber confrontation when it is a guest of Al Jazira in the tenth round of the ADNOC Professional League, at 8:15 pm at Al Nahyan Stadium in Al Wahda Club in Abu Dhabi, where Mohammed bin Zayed Stadium is undergoing maintenance work in preparation for the World Cup.

The "leader" leads the league with 21 points, while the defending champion has 16 points in fourth place.

Al-Ain aspires to take advantage of the influential absences in the ranks of Al-Jazira, to break the knot of not beating the "Pride of Abu Dhabi" in the league 1,345 days ago, when it won three goals against two goals on March 17, 2018. Since that date, the two teams have played six matches, Al-Jazira won four and a draw in two.

Al Jazeera is missing the services of Ali Khaseef and playmaker Khalfan Mubarak, while the participation of defender Khalifa Al Hammadi will be uncertain if he does not recover from the injury.

Al-Jazira hopes to modify its course in the league, after receiving three defeats in the last five rounds.

On the other hand, Al Ain enters the match with high spirits, and also received a moral boost by announcing the Pro League that it won all the awards last October, with Kwame winning the best player award, Khaled Issa with the best goalkeeper award, and Sergey Rebrov as the best coach.

The meeting witnessed the emergence of the foreign referee again, after the Football Association announced the appointment of the Italian international staff, Daniele Doveri, assisted by the duo Matteo Passeri and Alessandro Costanzo, in addition to the video referee Luigi Nasca, while Nawaf Al-Zyoudi will be the fourth referee, and Issa Khalifa as a video assistant referee.

To view the statements of two stars and the Al-Firefine lineup,

Our goal is to return to victories

Al Jazira goalkeeper, Abdul Rahman Al Ameri, said that "the pride of Abu Dhabi" will play a difficult match against Al Ain, stressing in a press conference the desire of his team's players to win and return to victories, after losing in the last round against Ajman, indicating that Al Jazira must fight. The meeting with great focus, indicating that the "leader" is making strong offers this season.

Al Ain fans do not need an invitation

Al Ain international midfielder Yahya Nader said that "Al Ain fans do not need an invitation to stand behind their team," noting that Al Ain's preparations went well, and that the team's ranks were complete.

He continued in a press statement: "We respect the ambitions of the Al-Jazira team, but we are determined to continue achieving strong results.

He confirmed their confidence that the stadiums of Al Ain fans will be completely filled.