Two weeks after the attack she was subjected to, Khaira Hamraoui received a double blow after she was excluded from the French women's squad for the next match in the World Cup 2023 qualifiers, against Kazakhstan and Wales. 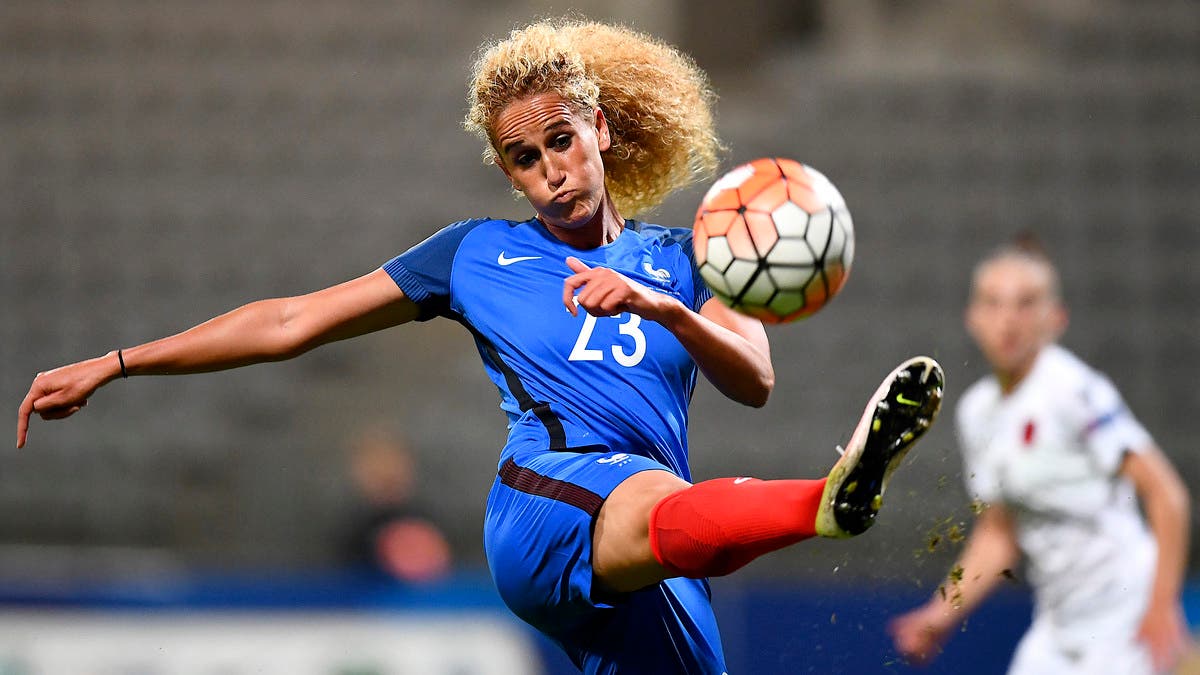 Two weeks after the attack she was subjected to, Khaira Hamraoui received a double blow after being excluded from the French women's team squad for the next match in the 2023 World Cup qualifiers, against Kazakhstan and Wales.

French coach Corinne Diaker justified the decision to exclude the 31-year-old Paris Saint-Germain midfielder, saying that she suffers from "physical and psychological trauma" as a result of the assault she was subjected to in the mysterious incident that occupied France, on the fourth of this month.

When Hamraoui was in the car with her colleague Aminata Diallo, she was stopped by the police and accused of being behind the attack, as she wanted to get a place of Algerian origin in the starting lineup for the Parisian team.

Diallo was later released after that, due to insufficient evidence, with the accusation that she was behind the assault that took place at the hands of masked men who pulled Hamraway out of the car, before they beat her with an iron bar, while handcuffing her colleague Diallo.

Hamraoui needed stitches and missed the next match for Paris Saint-Germain, which she returned to this season, after she had been defending the colors of Barcelona since 2018.

On Tuesday, Hamraoui appealed to the media to respect her privacy, amid speculation about her relationship with former France and Barcelona defender Eric Abidal, whose name was dragged into the investigation, after it was found that the former Lyon player had contacted him after the incident from a cell line registered in his name.

A source close to the investigation said Hamraoui told the police that the phone line was registered "in the name of her ex-boyfriend".

And the media began to talk about the possibility of an extramarital relationship between Abidal and Hamraoui when the latter was with Barcelona, ​​​​coinciding with the former France defender assuming the role of sports director in the Catalan club between 2018 and 2020.

Some reports claimed that Abidal's wife was behind the assault on Al-Hamrawi after discovering their relationship.

The Versailles Public Prosecutor's Office, which is investigating the case, said that investigators may question Abidal soon, as well as his wife Hayat, stressing that this may be "just one thread among many" in this mysterious case.

Pending that these threads are revealed and the case comes to an end, Hamraway will be outside the squad for the French national team, which leads the ninth group of European qualifiers for the World Cup 2023, after winning all four of its matches before facing Kazakhstan on the current 26th and Wales four days later.

Hamraoui was not the only absentee from the national team squad for these two matches, but also excluded Diallo after she was with the team in the last international window last month, to compensate for Hamraoui's absence in particular due to an injury that the latter was suffering from in the calf.

Diaker considered that all the Saint-Germain players were "affected" by what happened, referring to the six other players from the Paris club who are in the current squad, adding, "But I also know that they are happy to take a vacation from the club in order to come to the French national team...".