Own game: Russian skaters can get more than half of the tickets to the Grand Prix finals

Russian figure skaters have a chance to win more than half of the tickets to the final of the Grand Prix series in Tokyo. At the moment, only a pair of Evgeny Tarasova - Vladimir Morozov has secured participation in the tournament. After the two remaining stages in Grenoble and Sochi, up to seven singles and five duets will be able to join them with a good coincidence. How realistic is it to update the previous record of representation at the tournament - in the RT material. 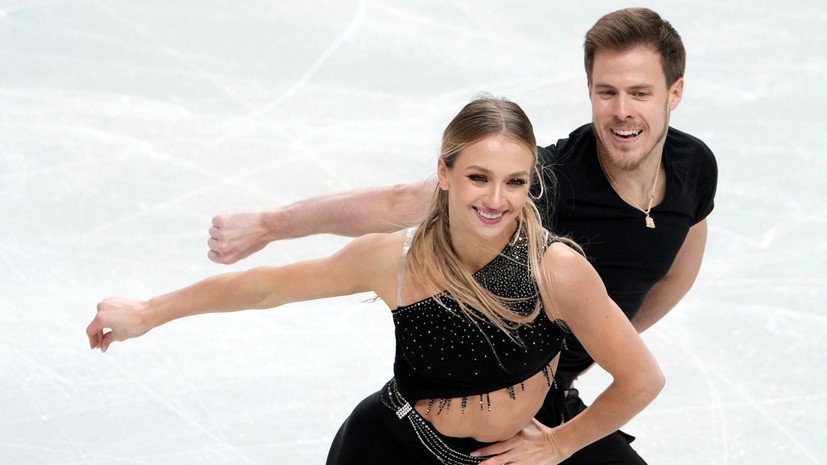 The Grand Prix series in the 2021/22 season passed the equator.

Before the final, which will be held from December 9 to 12 in Osaka, there are still two stages in Grenoble and Sochi.

After them, all 24 participants who will compete for medals will be determined.

The tournament itself threatens to become the main rehearsal for the Olympic Games in Beijing, even if for various reasons it will be held without some stars.

The probability that at least half of the athletes in Japan will represent the Russian national team is very high.

At least, preliminary layouts indicate that domestic skaters will not only be involved in all disciplines, but will also receive a record number of permits for one country.

Before the Grand Prix stage in Tokyo, many wondered if Russian girls would be able to win all quotas. But, alas, it will not be possible to achieve a unique achievement this year. Alexandra Trusova and Daria Usacheva, due to injuries, could not perform at their second tournaments. Only six Russians have such an opportunity, but one of them will definitely not make it to the final. Ksenia Sinitsyna, even if she wins in France, will not outstrip Japanese Kaori Sakamoto in qualification.

In order for the other five Russian women to qualify, they need to fulfill the conditions that are simple enough for them. Alena Kostornaya needs to take at least second place in Grenoble, Maya Khromykh and Elizaveta Tuktamysheva are required to collect fourth points, and Kamila Valieva and Anna Shcherbakova will have enough fifth places at their stages. In this case, all of them in the qualifying table will be higher than the Korean Yoo Yeon, who occupies an intermediate second line. Only the Belgian Luna Hendrix can take away the fifth quota, but for this she needs to either win the Russian tournament herself, or take silver after Valieva.

For men, the situation is not so rosy, but even there the Russian team is unlikely to be left without a representative in the Grand Prix finals. This can be achieved by Mikhail Kolyada or Evgeny Semenenko. The two of them will perform in Sochi, where the Japanese Yuzuru Hanyu was supposed to be the headliner, but he will no longer take away the points that the Russians need due to injury.

Before that, a stage will take place in Grenoble, where two other candidates for getting to the final will compete - Japanese Yuma Kagiyama and American Jason Brown. If nothing extraordinary happens, then they should take the quotas that have already gone to their compatriots Seoma Uno, Vincent Zhou and Nathan Chen. In this case, a voucher will remain vacant only for one Russian citizen. It will be enough for Kolyada to get ahead of Semenenko or finish after him, but on condition that Evgeny does not win the stage. However, if the results of the tournament in France bring some surprises, then both Russians will be able to get to the final.

In pair skating, the position of Russians is almost the same as in women. Evgenia Tarasova and Vladimir Morozov have already won a ticket to the final. Now three more duos are preparing to do this. The easiest way should be for the participants of the home stage in Sochi. Anastasia Mishina - Alexander Gallyamov and Daria Pavlyuchenko - Denis Khodykin will perform there. If they take the first two places in any order, they will join the Russian delegation in Tokyo. Given the fact that they will not have strong competitors, this should not be a problem.

It will be a little more difficult for Alexandra Boykova and Dmitry Kozlovsky. The second place at the Grenoble stage may not be enough for them to pass the selection. If Canadians Vanessa James and Eric Radford are ahead of them, then Tamara Moskvina's students need to at least win silver, with a score of at least 212.10 points. Only in this way, in the overall pair skating standings, the Russians will bypass the Japanese Riku Miuru and Ryuichi Kihara, whom they lost at the stage in the USA.

Young people Yulia Artemieva and Mikhail Nazarychev can still give a surprise. The bronze medalists of the Italian Grand Prix are formally among the candidates for participation in the final, but the conditions for this are almost impracticable. The couple must win in France or take second place, gaining at least 230.62 points, and this is almost a world record. The ideal situation for Russian fans will be when Artemyeva and Nazarychev win in France, and Boykova and Kozlovsky become the second with the required score, but it is extremely difficult to believe in such an outcome.

In ice dancing, everything is going well for Victoria Sinitsina and Nikita Katsalapov.

They still have a performance in front of their native fans in Sochi and already have the maximum possible points after the victory in Japan.

They will reach the Grand Prix finals, even if they suddenly miss the Italians Charlene Guignard and Marco Fabbri.

A rather difficult situation arose for Alexandra Stepanova and Ivan Bukin.

They will have a battle in Grenoble with two winners of the previous stages: the French Gabriela Papadakis - Guillaume Sizeron and the Canadians Piper Gilles - Paul Poirier.

The second Russian duo can only be helped by the first place.

Any other result will require a whole chain of conditions that athletes themselves cannot fulfill.

If Stepanova and Bukin become at least second, then only an unsuccessful performance of one of the favorites will lead them to the final.

Thus, the participation of ten Russian singles and pairs at once in the Grand Prix finals can be considered almost guaranteed - only unforeseen circumstances can prevent this.

The record, which already belongs to the national team, will be repeated - the same number of participants were selected in 1997, 1998 and 2019.

With some luck, men, couples and dancers may have one more representative each.