A strong start came in the competitions for the first day of the 13th edition of the DB World Golf Championship, which kicked off today at the "Ard" course in Jumeirah Golf Estates, and is the final tournament of the European Tour season and the "Race to Dubai", and its competitions continue until next Sunday with exclusive participation. 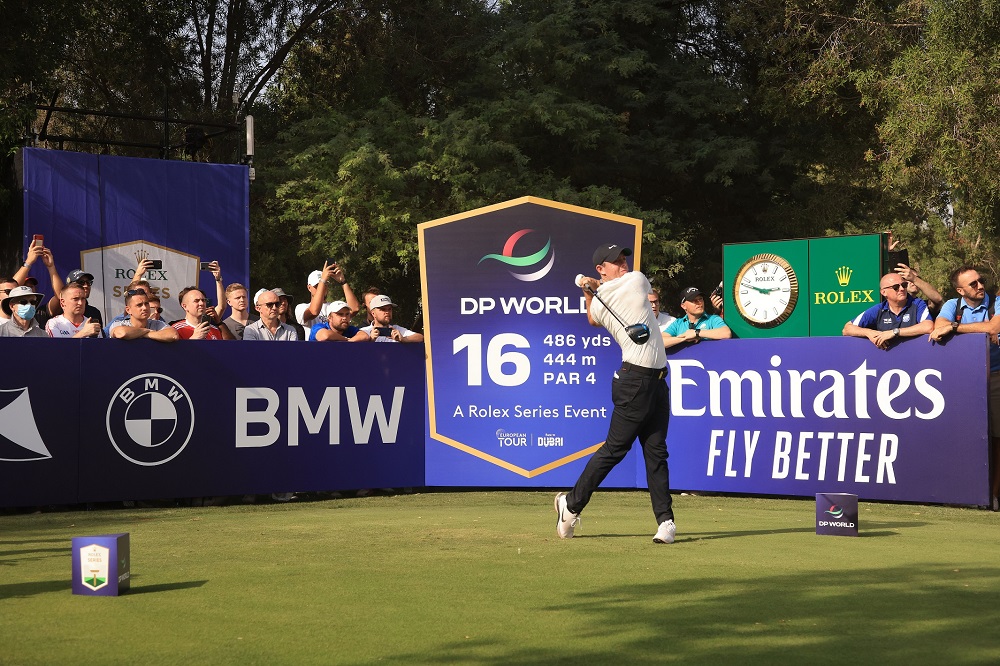 A strong start came in the first day of the 13th edition of the DB World Golf Championship, which kicked off today at the "Ard" course in Jumeirah Golf Estates. Over the course of the current season, $9 million in prize money for the tournament itself and an additional $3 million for the first-place finishers in the Race to Dubai final.

The Irishman, Rory McIlroy, achieved the best results of the competitions for the first day, with a score of 65 strokes by 7 strokes under par. B World” in 2012 and 2015, and won the title of “Dubai Desert Classic”, in 2009 and 2015, and the player seeks to provide the best possible performance to confirm his intention to compete for the title this year for the third time in his career.

In second place was a partnership between Finnish Tapio Polkanen and South African Christian Beswidhout with 67 strokes (5 under par), along with Denmark's Joachim Hansen, who won the AVIV Dubai Golf Championship last week, who finished the first round with 67 A five-under par keeps him in second place, with a chance to win a historic double by winning two titles in Dubai in two consecutive weeks.

He was third with a score of 68 by 5 under par for 10 players, and they are German Martin Kaymer, Sweden's Alexander Birch, England's Sam Horsfield, his compatriot Marcus Armitage, Spain's Sergio Garcia, Poland's Adrian Mirnock, American John Germain, Scottish Robert McIntyre and Denmark's Nikolai. Hoggard, and American Colin Morikawa, the leader of the "Race to Dubai".