Dubai is witnessing the organization of 30 various international and local sports events, in cooperation with the Dubai Sports Council in various regions during this weekend. The "Expo 2020 Run" tops the list of events, with the participation of more than 5,000 contestants, and it will be held the day after tomorrow inside the corridors of "Expo Dubai 2020". .as well 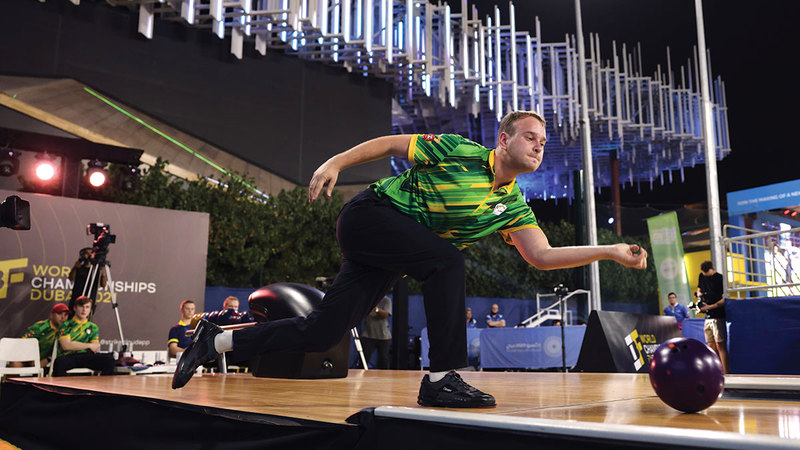 The “Expo 2020 Run” race will be held on Friday, with the participation of 5,000 competitors

Dubai is witnessing the organization of 30 various international and local sports events, in cooperation with the Dubai Sports Council, in various regions during this weekend.

The "Expo 2020 Running Race" tops the list of events, with the participation of more than 5,000 contestants, and it will be held the day after tomorrow inside the corridors of "Expo Dubai 2020".

The West Asian Billiards and Snooker Championships will continue until November 21, as will the Lebanese Basketball League, which will be held at Just Play Club in Al Quoz 1.

A press release said: "The seventh edition of the Fazza International Boccia Championship for People of Determination (Asia and Oceania) continues, with the participation of nine countries."

The 25th edition of the Karate World Championships continues at Hamdan Sports Complex in Dubai, with the participation of 117 countries.

Today, the international championships for snowboarding in the two categories of slalom and freestyle skiing will start, and their competitions will be held on the Dubai snow slope at Ski Dubai in the Mall of the Emirates, and will continue until the 20th of this month.

The DB World Golf Championship will be held at Jumeirah Golf Estates from 18 to 21 January, the Al Habtoor Polo Club Tournament at the Al Habtoor Polo Club and Resort, and concludes the day after tomorrow. The Ultimate Night Running Race will also be held at the Dubai International Academy, and the Dubai University Triathlon Championship 24 An hour at the university’s headquarters in Al Sufouh 2, the Al Kindi group walking walk on Jumeirah Beach behind Sunset Mall, and the Open Swimming Championships at GEMS Wellington Academy on Al Khail Street.

On Friday, the figure skating championship will be held at the Legerland circuit at Al Nasr Club, the jumping championship for women's fitness in Dubai Festival City, the Skechers Run race at the Dubai Police Academy, the Wadi Hatta Wadi Run in Wadi Hub in the Hatta region, and the ladder championship for bicycles. In Seih Al Salam on Al Qudra Street in Al Marmoom Nature Reserve, the Asian rugby sevens championships for men and women will be held.

The UAE and Asia Ice Skating Championships for People of Determination will also be held on Friday and Saturday at Ski Dubai, the third UAE Special Olympics Badminton Forum, the charitable individual swimming event in Palm Jumeirah, the second round of the Dubai Rowing Race at the Dubai Water Canal in Al Jaddaf District, and the Compass Orientation Championship in the Garden Mushrif, and on Saturday, the Hatta region will host the Spartan Trail Championship, which is held in Wadi Hub.