Linköping FC strengthens the squad for the coming season. Defender Nellie Karlsson, 26, is ready to play in the club. - I think it will be a good environment for me to be able to take the next step in my development, she says in a press release. 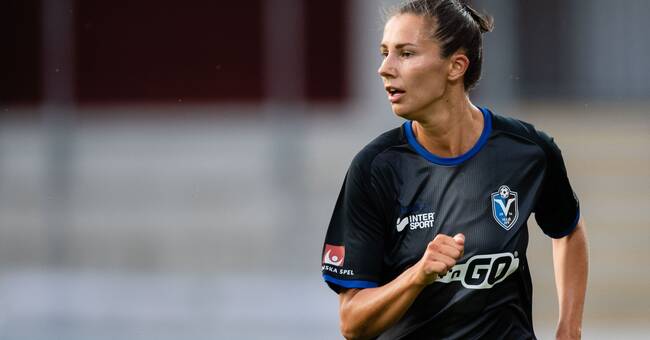 Nellie Karlsson has spent the last five seasons in Växjö, which this year fell out of the damallsvenskan.

Prior to that, she represented Kristianstads DFF.

Her new contract with Linköping is two years long.

- With Nellie, we get a left-footed defender who can play both center-back and full-back.

She gives us another dimension in our attacking game with her passing game as the best quality but also defensive qualities with good position and main game.

We are very happy that she chooses to play for LFC, it shows that we have a strong attraction as an association, there is a belief in what we do and where we want, says head coach Andrée Jeglertz.

Karlsson also has a history as a striker.

- I have from the very beginning got a very professional impression of Linköping as a club and I like LFC's way of playing football.

I think it will be a good environment for me to be able to take the next step in my development, says Karlsson.

The 26-year-old has made five international appearances for the Swedish U23 national team.