Karjala Tournament is the season's first tournament in the Euro Hockey Tour. SVT broadcasts all of Kron Kronor's matches starting against the Czech Republic on Wednesday. - I am curious to see which players now take the chance to play in the national team, says SVT commentator Chris Härenstam before the tournament. 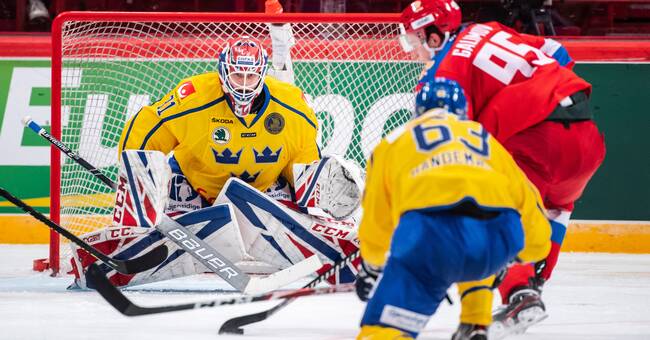 Then it is decided:

Apart from Sweden's initial match against the Czech Republic, which is played in Linköping, all matches will be decided in Helsinki.

History and facts about Karjala Tournament:

Participating nations are Finland, the Czech Republic, Russia and Sweden.

- First played in 1992, then under the name Sauna Cup and later called Karjala Cup until 1996.

- Part of the Euro Hockey Tour as one of four national team tournaments during the season together with Channel One Cup, Czech Hockey Games and Beijer Hockey Games.

- Sweden has won the tournament four times, most recently in 2015.

- Home nation Finland has the most tournament wins, eleven.

This is how SVT broadcasts:

In the studio: Marie Lehmann and Mikael Renberg.

Chances in the tournament:

- It is always difficult to say who will win a tournament like this.

I am more curious about which players take the chance to play in the national team.

Those who can handle the pace at a slightly higher level than the SHL, where it goes a little faster and everyone is a little better.

For Sweden and Johan Garpenlöv, it is about finding a framework for the World Cup later this spring that can perform internationally.

The squad is interesting and I think it will do well.

He has started the season very well in the SHL and CHL.

Then it will be extremely interesting to see Lars Johansson in the national team again.

He is probably Europe's best goalkeeper outside the NHL.

Then it is as always with Tre Kronor, who scores the goals?

He should be a backbeat even in Tre Kronor.

And then we have Gustaf Lindvall who has had a great development in Skellefteå, who is very good at developing goalkeepers.

Leksand's coach Björn Hellqvist said before the season that he will have a big breakthrough, and he has sometimes been dominant, says Chris Härenstam.

Leksand's Calle Själin makes his debut in Tre Kronor in the Karjala Tournament.