First failure: Khromykh and Shcherbakova lost to Hendrix in the short program at the Grand Prix stage in Turin

The third stage of the Grand Prix in figure skating in the season 2021/22 has started in Turin. Russian girls did not manage to take the lead in the short program. Maya Khromykh took second place, having received only the third level of difficulty for the step sequence. Anna Shcherbakova remained third due to the fact that she performed a double sheepskin coat instead of a triple rittberger in a cascade. The competition was headed by the Belgian Luna Hendrix, who avoided any mistakes in her box office. 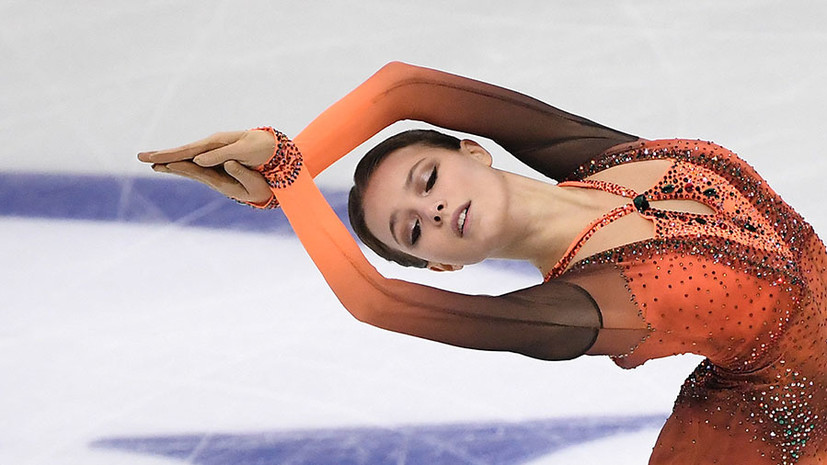 The third stage of the season's Grand Prix in figure skating was originally supposed to take place in Chongqing, China, but back in August the tournament needed a new registration.

The International Skating Union (ISU) did not send athletes to a country with one of the most serious coronavirus restrictions and chose a new location for the competition.

So a new stage appeared in the calendar called Gran Premio d'Italia, which it was decided to hold in Turin.

As if a legacy from the Cup of China, the tournament got an unusual schedule.

In China, the most popular competitions are between men and couples, which is why they are usually put at the end of the program, and girls and dancers are left with the opportunity to perform first.

The same procedure was applied in Italy - the skaters opened the tournament with their short programs.

Russia this time was represented by the same athletes who won all medals at the Budapest Trophy in mid-October.

Those competitions were remembered by the end of the winning streak of Anna Shcherbakova, which lasted the entire last season.

The world champion was put in second place by Maya Khromykh, who won two points from a classmate due to two quad sheepskin coats.

Khromykh was the earliest of all of the Russians on the ice of Turin - her young age and the lack of international competitions sent her to the first group of participants instead of the more high-status second, although she should have been considered the main favorite of the tournament.

The 15-year-old figure skater performed a short program to the blues song I'll Take Care of You, with which she finished her junior performance.

Khromykh's debut at the Grand Prix turned out to be almost perfect. She cleanly performed a double axel with raised hands, added a triple lutz to it and received a bonus for a flip-toe loop cascade. But the judges rated the step sequence only at the third level instead of the fourth, which also did not allow to score at least eight points for the connecting elements, while the score for the other components was not so low. Khromykh's estimate was slightly lower than in Hungary - 72.04 instead of 72.82. But since the Budapest Trophy was not sanctioned by the ISU, this result became a new personal record for the athlete.

Samodurova, who opened the second warm-up, had the best marks in her career at the victorious 2019 European Championship, and since then she has not shown anything like this even at domestic Russian starts. Competitions in Turin were no exception. In the cascade, she had a double toe loop instead of a triple one, the lutz remained unfinished, and the difficulty levels of the non-jumping elements were much to be desired. The program, staged by the former figure skater Florne Amodio, also did not become the trump card of Alexei Mishin's student. Samodurova received only 58.68 points - there was no longer a question of staying in the strongest group.

By the time Shcherbakova was supposed to go out on the ice, the competition had a new leader. Belgian Luna Hendrix, who celebrated her 22nd birthday today, is often called the best European figure skater after the Russians, and this time she even managed to surpass this unspoken title. Hendrix performed beautifully to a song dedicated to the opera singer Enrico Caruso, and the judges decided that she was better in all respects than the Lame. The Belgian figure skater scored 73.52 points - this season this is the eighth result in the short boxing for girls.

Shcherbakova had every chance to leave Hendrix in second place. At least the first half of her performance to the oriental melodies of Kirill Richter turned out gorgeous. For the double axel, she received the best mark among all the participants, good bonuses were for the triple flip and the first spin, which two judges even awarded the highest point.

But an unexpected failure occurred in the cascade. At the last moment, Shcherbakova decided instead of the triple rittberger, which she always has in conjunction with the lutz, to make a double sheepskin coat. The losses due to this turned out to be huge - not only the base score went down, but all the bonuses from the judges, who seemed to refuse to accept such a strange cascade at all, practically disappeared. Shcherbakova received slightly higher components than Hendrix, but in the technical assessment there was a gap of three and a half points between them. As a result, the Russian woman scored 71.73 points and fell back to third place.

May still change on Saturday.

Both Khromykh and Shcherbakova will try to perform quadruple jumps in a free program, which are not in Hendrix's arsenal.

But, if problems arise with this, the Belgian will have every chance to present the main sensation of the season in women's single skating so far.