Olympique Lyonnais secured their place in the round of 16 of the Europa League, thanks to a double signed by Islam Slimani and a goal from Karl Toko-Ekambi against the Czechs of Sparta Prague (3-0).&nbsp; 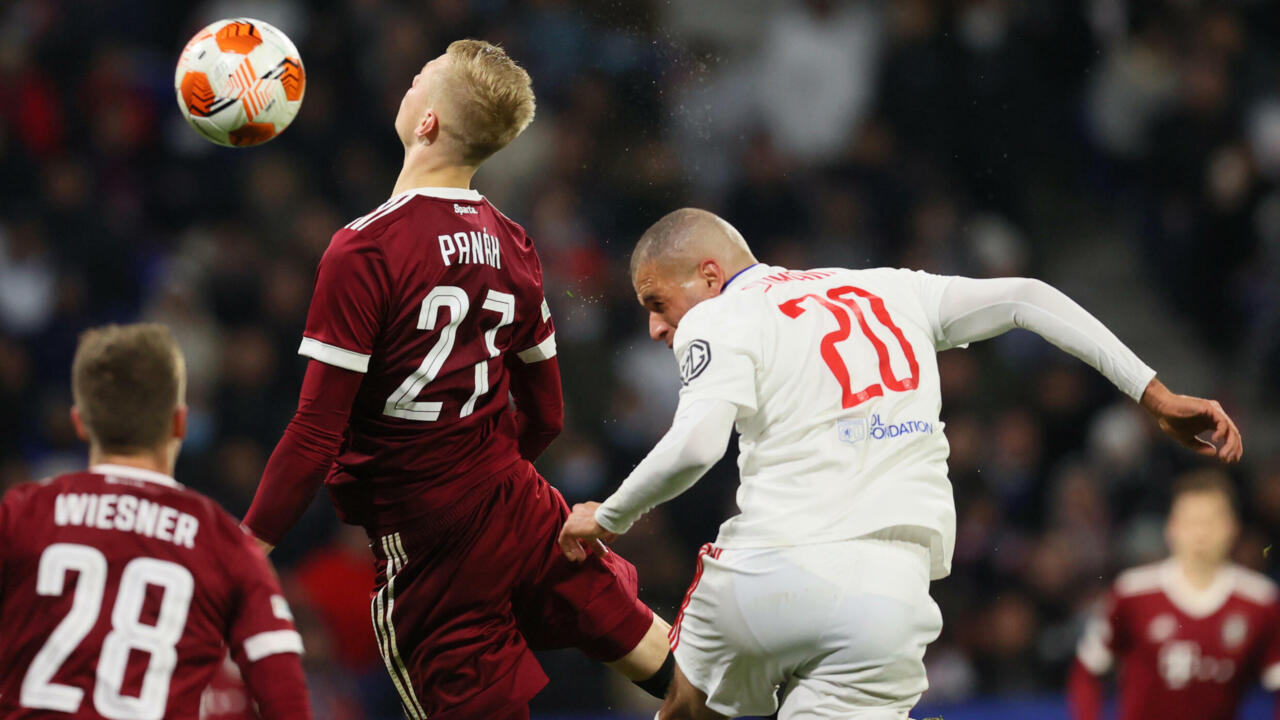 Olympique Lyonnais, winner against Sparta Prague, qualified Thursday November 5 for the knockout stages of the Europa League on the 4th day of the group stage, during which Marseille snatched a draw against Lazio from Rome and Monaco got hooked by Eindhoven.

Rennes, jostled by the Slovenes of NS Mura, for its part snatched a precious success in the race for qualification to the eighth of the Europa Conference Conference.

At Parc OL, the Lyonnais confirmed their good dispositions in C3, by chaining a fourth success in a row against the Czechs (3-0).

The realism of striker Islam Slimani, author of a double (61st, 63rd) in three minutes, and the efficiency of Karl Toko-Ekambi (90th + 2), top scorer of the competition, materialized the offensive designs of the men of Peter Bosz.

In Marseille (group E), the horizon towards the eighth remains open, after the fourth draw in a row for the Olympians, against Lazio de Rome (2-2).

Arkadiusz Milik opened the scoring on a penalty (33rd).

An ephemeral advantage, neutralized by the achievement of Felipe Anderson (45th + 5), following a poor clearance from Saliba.

The Olympian defender was then guilty of a second error after returning from the locker room, which directly benefited Ciro Immobile (49th).

In the 82nd minute, Dimitri Payet allowed his team to return to equality, maintaining the suspense with two days to go, while OM are one unit from the Italians, second three points behind Galatasaray.

Failing to have shone against PSV Eindhoven (0-0), Monaco retained its place as leader of Group B, ahead of Real Sociedad.

With 8 points, the Monegasques have two points ahead of the Basque team, held in check at home against Sturm Graz (1-1) and three units over their evening opponent.

In the other matches, West Ham (group H), approached a runner-up in the round of 16, despite a draw on the lawn of Racing Genk (2-2).

This allows him to climb to the top of Group C, one point ahead of his evening opponent.

With a brace from French international Moussa Diaby against Betis Sevilla (4-0), Bayer Leverkusen retained the lead of Group G.

In the Europa League Conference, Rennes did not seduce, but established its domination at the top of Group G, winning 1 to 0 against NS Mura, thanks to a goal from Loïc Badé (76th).

With 3 points ahead of Tottenham, who won 3-2 against Vitesse Arnhem for the first on the bench of Italian coach Antonio Conte, the Bretons are close to reaching the European top 16.