The period is interrupted after a nasty injury

With 18 seconds left, the first period in the SHL meeting between Frölunda and Malmö was broken. The reason was a nasty injury to Max Friberg in one corner. Frölunda's forward bled profusely and had to be quickly helped out into the locker room. 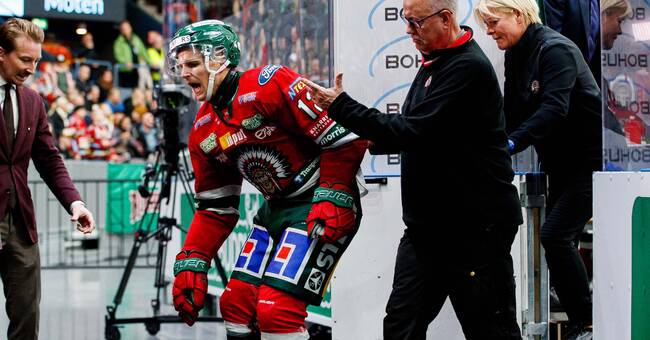 Friberg fell into a situation in one corner of the rim and apparently received a cut injury to the back of the leg.

The Frölunda forward was in real pain, was helped by the ice by Malmö players and went out into the locker room.

With 18 seconds left in the first period, it was interrupted and the players went out into the locker room.

- There was a lot of blood, so it was nasty.

Before the second period, Frölunda's coach Roger Rönnberg came with a reassuring message.

- He has received good care and they have stopped the bleeding.

He is soon on his way by ambulance to hospital.