Rashid bin Humaid: Beach soccer is an integral part of our goals and future aspirations

The Football Association has officially submitted a request to host the 2023 Beach Soccer World Cup, which is organized by FIFA every two years. The announcement comes on the sidelines of the UAE hosting the Confederations Cup on Kite Beach in Dubai, in which the UAE national team participates 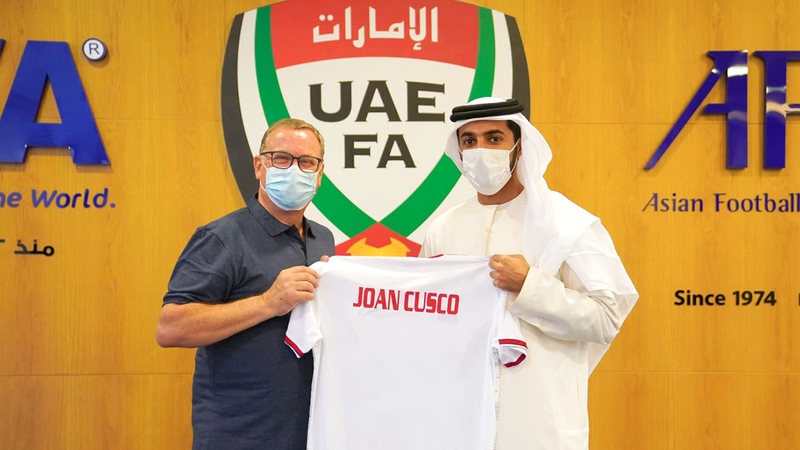 Rashid bin Humaid: Beach soccer is an integral part of our goals and future aspirations

Rashid bin Humaid during a meeting with the President of the Executive Committee of Beach Soccer at "FIFA" Joan Cosco.

Sheikh Rashid bin Humaid Al Nuaimi, President of the Football Association, expressed his full confidence in the capabilities, capabilities and expertise available to the work elements responsible for organizing, stressing that “beach soccer is an integral part of our goals and future aspirations, and it is a game that is parallel in its importance to the rest of the competitions that fall within the responsibilities and tasks The Football Association", and stressed his confidence that the UAE will organize an exceptional event for this event, which attracts fans and fans from all over the world, and added: "We are heading to an important stage next year, represented in hosting many events and tournaments, the most important of which is the FIFA Club World Cup in At the beginning of 2022, and we are fully prepared to host the Beach Soccer World Cup in 2023, our approach is clear to everyone. We are looking forward to hosting international tournaments, and making the UAE a place for fans and football fans around the world.”