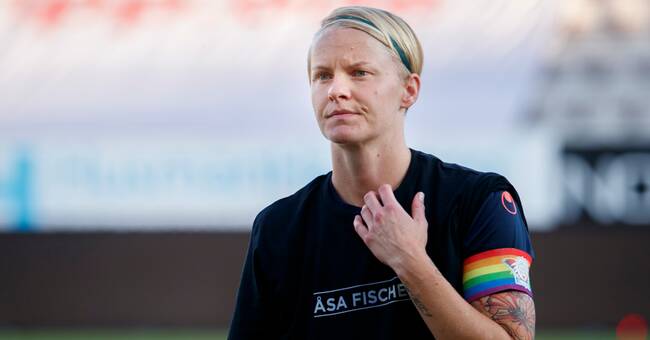 Nilla Fischer, 37, has signed for another year with Damallsvenska Linköping.

The special thing about her new contract is that she gets the opportunity to be on parental leave while she plays elite football.

- I am always serious about my football, now the club has given me an opportunity to both play football and be on parental leave.

It is a big and important step and I want to take the lead together with LFC to find new ways.

I think it is absolutely fantastic to have the opportunity to, together with my club, be able to take the next step and be able to combine life's different roles, says Fischer.

- Before the next season, we want to get higher up in the table and continue a marked journey as one of Sweden's most successful clubs.

Then a player like Nilla Fischer is an important part of the whole.

Nilla has previously said that she wants to be on parental leave and we are happy to have found a good solution.

It is important to be open to finding new ways and always have a dialogue with each other to create opportunities, she says.

Nilla Fischer has won the Champions League with Wolfsburg and also has several championship medals with the national team.