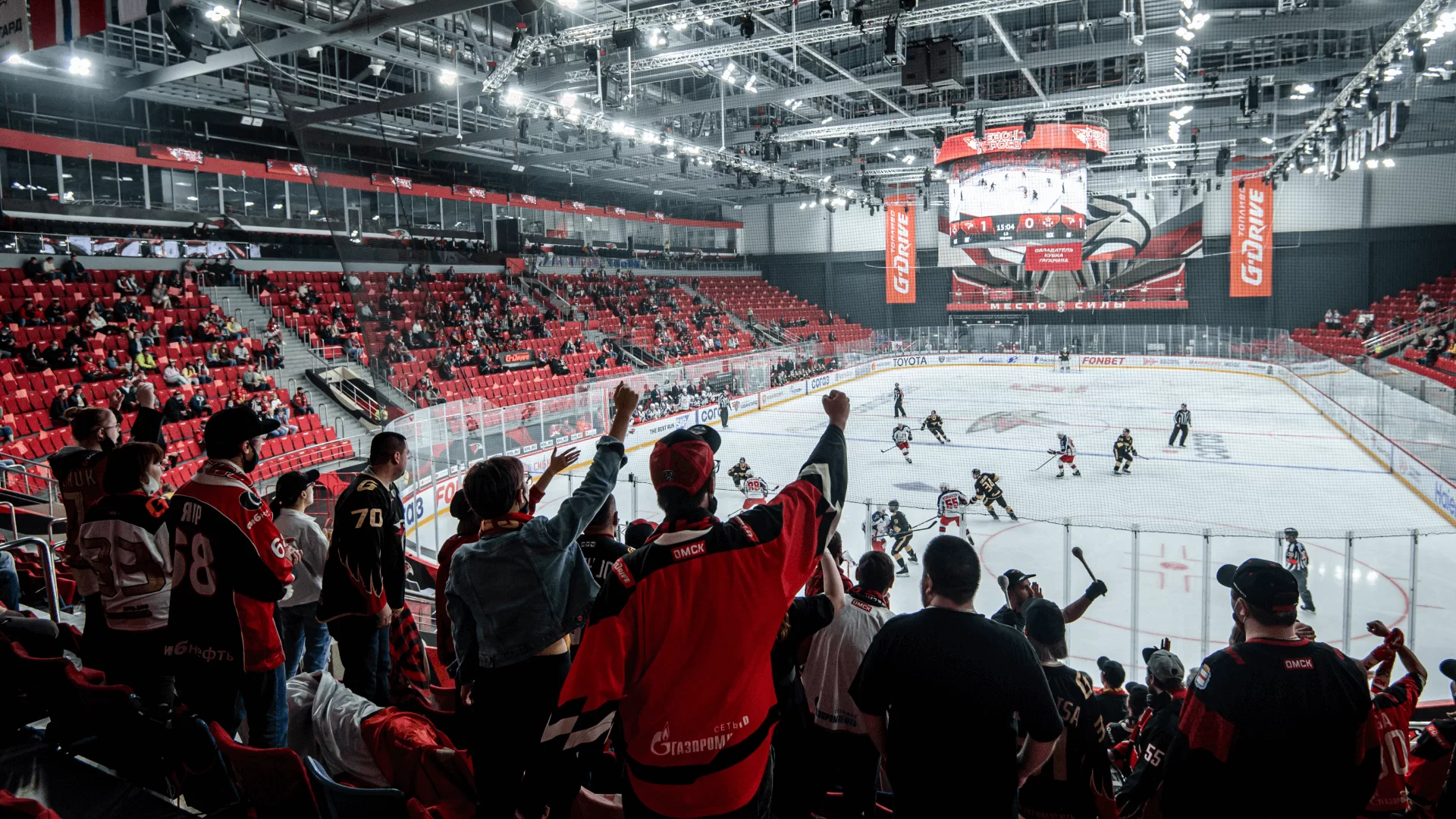 In a gesture that confirms the diversity and richness of the infrastructure enjoyed by the Emirate of Dubai, which enhances its ability to host major international events in various fields, and confirms its position as a major center for major international events in the region, the "Coca-Cola Arena" will turn next December into an ice rink to host an ice skating rink. The largest event in snow sports, "Dubai Ice Show", as part of efforts to spread and develop snow sports in the emirate, in light of the facilities it possesses and facilities suitable for these sports.

The event is held in cooperation between the Dubai Sports Council, the Department of Tourism and Commerce Marketing in Dubai, the Continental World Hockey League, and the HC Avangard Omsk Ice Hockey Club. Dubai” was part of a series of international events, exhibitions and conferences held in Dubai during that period, in light of the strong performance of the sector, which attracted thousands of participants from all over the world, including exhibitors, visitors and speakers on various occasions, with the growing levels of global confidence in Dubai’s provision of a safe atmosphere at the time. As the world continues its efforts to confront the Covid-19 pandemic.

The global event, which will be held at the Coca-Cola Arena, includes the Ice Hockey World League Summit match, which includes the two strongest teams in the Continental Hockey League for the first time in Dubai, namely the teams of Avangard Hockey Club and AK Bars Club, in addition to To organize several events for the parade on the ice, most notably the global parade (The Sleeping Princess) during the period from 3 to 5 December 2021.

The event coincides with a number of important events in the UAE, foremost of which are the country's celebrations of the National Day and the fiftieth year, in addition to the UAE's hosting of a global event, the largest of its kind in the world, which is "Expo 2020 Dubai", which started its work on the first of October 2020 and continues until The end of March 2022 with the participation of 192 countries from around the world, while the event will also coincide with Russia's celebration of its National Day at Expo Dubai.

The Secretary-General of the Dubai Sports Council, Saeed Hareb, confirmed that the activities of the "Dubai Ice Show" come within the framework of the council's keenness to promote snow sports, especially with Dubai owning the infrastructure and facilities that enable it to host and organize this type of exciting sports, which is receiving a growing demand from the public. Emphasizing Dubai’s position as a developed center for sports activities of all kinds, and the continuous work to diversify the capabilities that support the sports sector in all its fields.”

Ahmed Al Khaja, Executive Director of the Dubai Festivals and Retail Establishment, said: "We are pleased to support all initiatives, projects and events that would consolidate Dubai's position as a major center for international sports events and competitions, stressing Dubai's commitment to preventive measures to preserve the health and safety of guests, players, technical staff and the public, which is what it has always done. The emirate has participated in various major events held on its land, which made it one of the safest destinations in these exceptional times that the world is witnessing.”

Mark Carr, General Manager of the Coca-Cola Arena, said: “It is a pleasure to welcome once again an event to be held in Dubai for the first time. Various forms of events, whether sporting, recreational, etc.

Alexey Morozov, President of the Continental Ice Hockey League, expressed his happiness to participate in this occasion and said: “We are excited to resume the World Ice Hockey League competitions after a hiatus of nearly two years, and we are pleased that Dubai is the host city for the event that will see the two strongest teams in the Continental Ice Hockey League meet. The Dubai Sports Council and the Dubai Department of Tourism and Commerce Marketing for this cooperation to spread the game of hockey in this wonderful country, which provides a fertile space for the development of the game of ice hockey, and we will do our best to make the Continental League known to all and make this match an unforgettable event.”

In turn, Alexander Krylov, Chairman of the Board of Directors of Avangard Club, said: “We thank the World Hockey League for its trust in us to organize this event in Dubai, and we also thank the Dubai Sports Council and the Dubai Tourism Department for their support in organizing this event, which we are very happy to be in, and we are very pleased To represent the city of Omsk as Russia celebrates its National Day at Expo 2020 Dubai.”

It is reported that tickets for the "Dubai Ice Show" have been released to the public and can be obtained through the Coca-Cola Arena website.