To Heurtel, who decided so many battles, Pablo Laso was handed the baton of a denouement in Russian hell. Of course not. But the Gaul, so erratic all afternoon in Kazan, failed ... 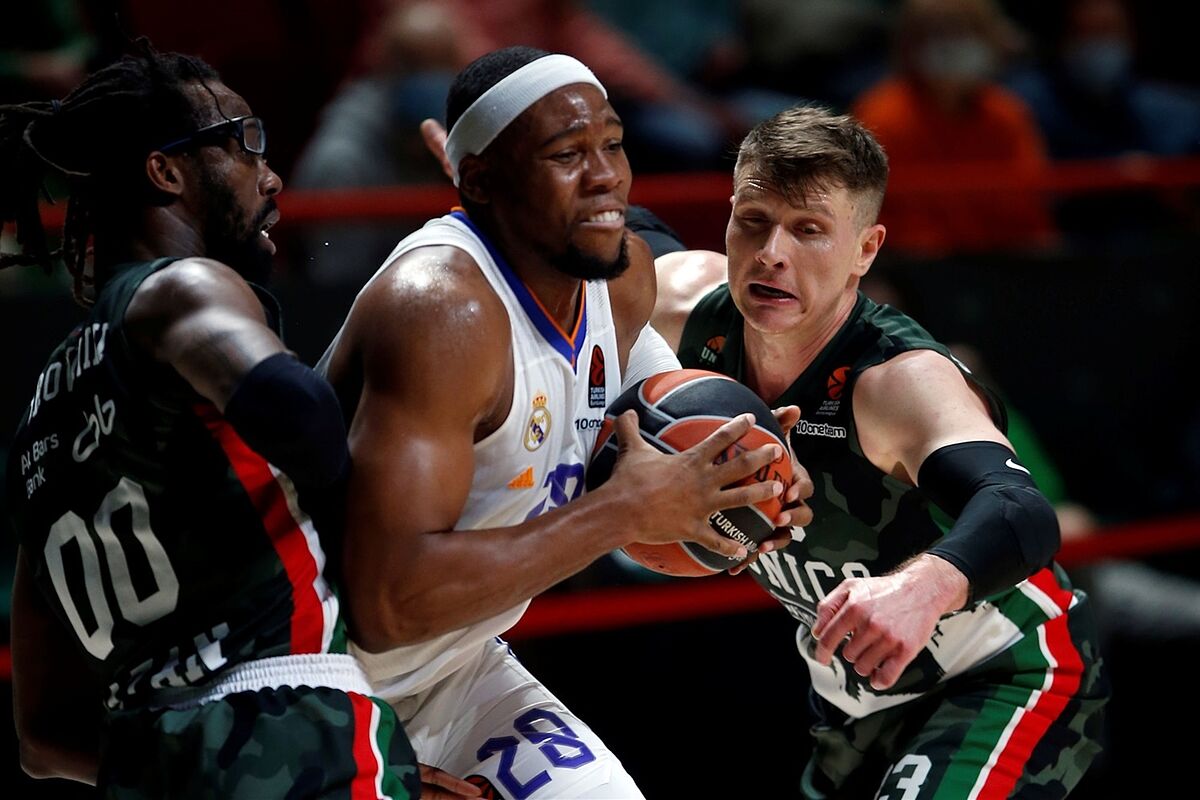 , who decided so many battles,

the baton of a denouement in Russian hell.

But the Gaul, so erratic all afternoon in Kazan, failed miserably.

two passes that led to simple baskets from Unics.

A shot in each foot for Real Madrid's second defeat in this Euroleague after their worst game so far this year.

Because the afternoon was a torment from beginning to end, with Madrid prolonging its bad feelings lately. He woke up clumsy, woke up with the breath of joy that the debut of the youth squad

and seemed ready for victory by advancing on the shoulders of

in the third quarter. But the blackout came at the moment of truth, a strange final act where

raised his head. Madrid's legs trembled where it usually makes a difference. Those two actions by Heurtel as a symptom of everything that was happening around him.

Because in the absence of three minutes, with the triple of Abalde, he commanded by three points and he did not score again.

and, above all, failed Heurtel.

Since January 2019, also in Russia, the white team did not stay in such low scoring numbers (then 60-55 against CSKA).

It had already been a first part to forget; everything except the result at rest. Thicket and shadows. It affected fatigue and casualties, which conditioned Laso's rotation. Without

due to back problems led to

as a point guard against Heurtel's many problems with the intensity of the Russians. And also the debut of Juan Núñez, the new pearl of national basketball. A cheeky unicorn.

When the Madrilenian jumped onto the track, time stopped. It was the blink of an eye, barely three and a half minutes, but the 17-year-old was like an electroshock to the game. From the hole in which Madrid walked, entangled in losses and mistakes, to a basket to shake off shame. As if he had been waiting his whole life for the opportunity, Núñez distributed assists with one hand, a house brand. And another from behind for a dunk from

after a robbery. Only time will tell whether or not it is a star, but what no one will ever deny is that it is different.

Núñez returned to the bench, but Madrid was already there. With his difficulties, advanced through the mud, without offensive clarity ... But with a last mandarin from Llull to go down only one to rest. Too little against the momentum of

had used the electric power forward of less than two meters to blur the giant Tavares.

And, although at the dawn of the duel, with the referees allowing the slaps, it turned out well, after the dressing room it was a feast for the African.

It seemed like another Madrid because everything was dominated by Edy, a beacon of the offensive, unstoppable for Unics.

At one point, Laso's men were already commanding and threatening to break up a duel that did nothing to be a nightmare (41-48).

They were going to be key, because Madrid was already exhausted.

The rest of Tavares did not suit him well and on the finish line he trembled as is not remembered to fall in Kazan.