Sef after the grandstand scandal: "They are going away from football"

After yesterday's scandal scenes after the Allsvenskan summit between Malmö FF and AIK, there is feverish activity on Swedish elite football, Sef. Chairman Mats Enquist hopes that the culprits can be identified. - They are going away from football, he says. 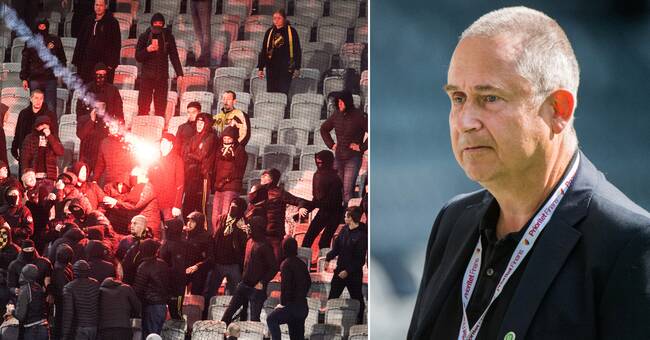 The match between Malmö FF and AIK was followed by chaos in the stands.

The TV pictures from Discovery + showed how a couple of burning Bengals were thrown between different groups of supporters.

A "handful" of MFF employees must have been injured.

- It is not a fun morning, an event like this creates bad taste in the mouth, says Enquist.

However, he wants to keep the events completely separate from the increasingly heated debate about the police's so-called condition ladder.

- One of the problems in the discussion about the condition ladder is how to do it, it is more a principled discussion: should you punish everyone for what a few do.

It's not about thinking that it's okay for things to happen.

At Sef, they are now working to investigate the incident and try to identify the culprits.

In addition, talks are held with both MFF and AIK.

- The incident is completely unacceptable and it is individuals who should be prosecuted and not be at our matches.

It is an isolated event that is totally unacceptable and if you look at social media, no one is defending this, no one.

"It will never be accepted"

Enquist now hopes that those responsible will be identified and prosecuted.

Even if they are not punished legally, they have long suspensions to expect from football.

- Unfortunately, it happens in our arena and then it is our responsibility.

I have good hope that we will be able to identify them, they will be away from football, he says.

That staff are injured after a match is not common and Enquist does not want to see it happen more times.

- I hope we do not have to see this for many years, it will never be accepted by football or by the supporters.