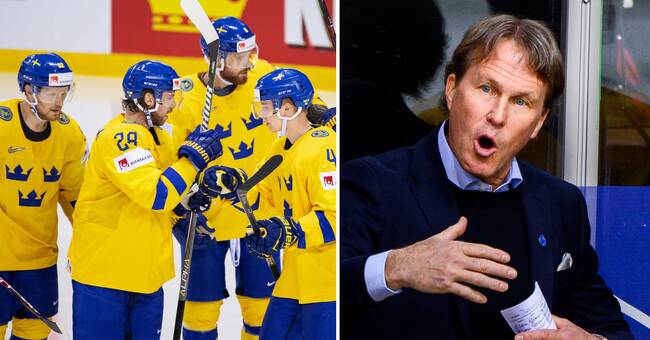 Garpenlöv took over as head coach for Tre kronor after the WC 2019. Garpenlöv had before that had several roles within the team, including assistant national team captain.

- The role as national team captain for Tre Kronor is the finest job in hockey Sweden, although of course there have been special conditions during a pandemic.

Now we have an exciting season ahead of us with both the Olympics and the World Cup and my full focus is on what we will do together in the coming season.

What happens after this season is something that may crystallize later on, says Johan Garpenlöv in a press release.

Leaving the job as national team captain was Garpenlöv's own decision.

Johan and I have a good dialogue in our work and in that dialogue it emerged from Johan's side that he was not relevant for a possible extension, says Olof Östblom, competition manager for the Swedish Ice Hockey Association.

The union writes that the process of finding a replacement is ongoing.

CLIP: Garpenlöv before the Olympics: "Will have two parallel teams"

Garpenlöv before the Olympics: "Will have two parallel teams" Photo: Bildbyrån