Håkan Loob: Has not only been sun and wonderful days

The Olympics and WC 2022 will be Johan Garpenlöv's last assignment as national team captain for Tre Kronor. The decision that the 53-year-old then quits feels natural, SVT's expert Håkan Loob believes. - Every thing has its time, he says. 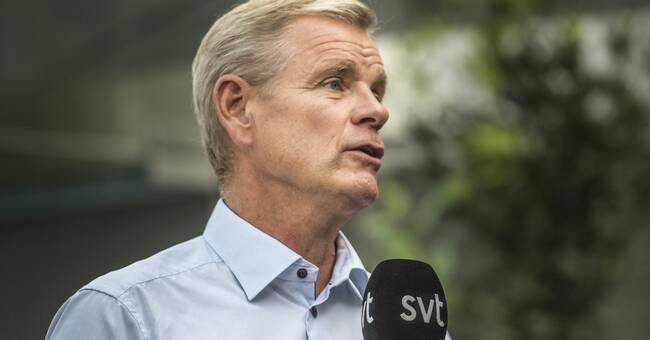 In the 2019-2020 season, he succeeded Rikard Grönborg as the new national team captain, after three years as assistant coach.

How does SVT's expert Håkan Loob sum up Garpenlöv's time at the helm?

- It has been up and down, it has not only been sun and wonderful days.

There have been some setbacks as well.

Then I know that it's damn demanding considering this with competitions and what the focus is on all tournaments and what it should lead to.

It is a bit fluctuating, and if you have been holding on for a number of years, it eats away at the whole and at yourself.

Why have there been some setbacks during his time?

- I do not think there are any major errors on Garpen.

But you have to have incredibly good relationship technique with the big leagues where you can talk openly and honestly about what is going on.

This also applies to every single individual, of course.

By that I mean all coaches in the SHL including the management at the SHL office with Hemlin (Johan) in the lead, he says and continues:

- I can not say that it has been taken with Garpen, he makes a good impression when you hear him.

If you have a bit of a lack of confidence and the wrong player is not allowed, or can not, go, it is sensitive for Tre Kronor today because you really need all the best players that would be available.

It is not possible to just say that "now comes the right person, now it will get better".

You must be aware that it will continue to be a delicate task to be the national team captain for Tre Kronor.

"The right age and the right profile"

Then I think it is incredibly important from the union's side how you want it, what the investment should look like.

Is that what you talk about every time, and then you do not have the best team on paper that you could possibly get?

There you just have to decide, and thus you have to have a coach after Garpen who gets the directives and who can handle them.

Do you have any potential names?

- Some are actually very busy, but the two candidates with the right age and the right profile are Roger Rönnberg (Frölunda) and Sam Hallam (Växjö Lakers).

There are two really, really good coaches who over and over again show that they run their teams despite big changes in the squads year after year.