Interview with Jagoba Arrasate: "Northern football is different, it has to do with the culture here"

Near the house of Jagoba Arrasate (Berriatúa, 1978) there is always a fronton. A matter of luck and taste, as Osasuna's coach still defends himself on the court ... 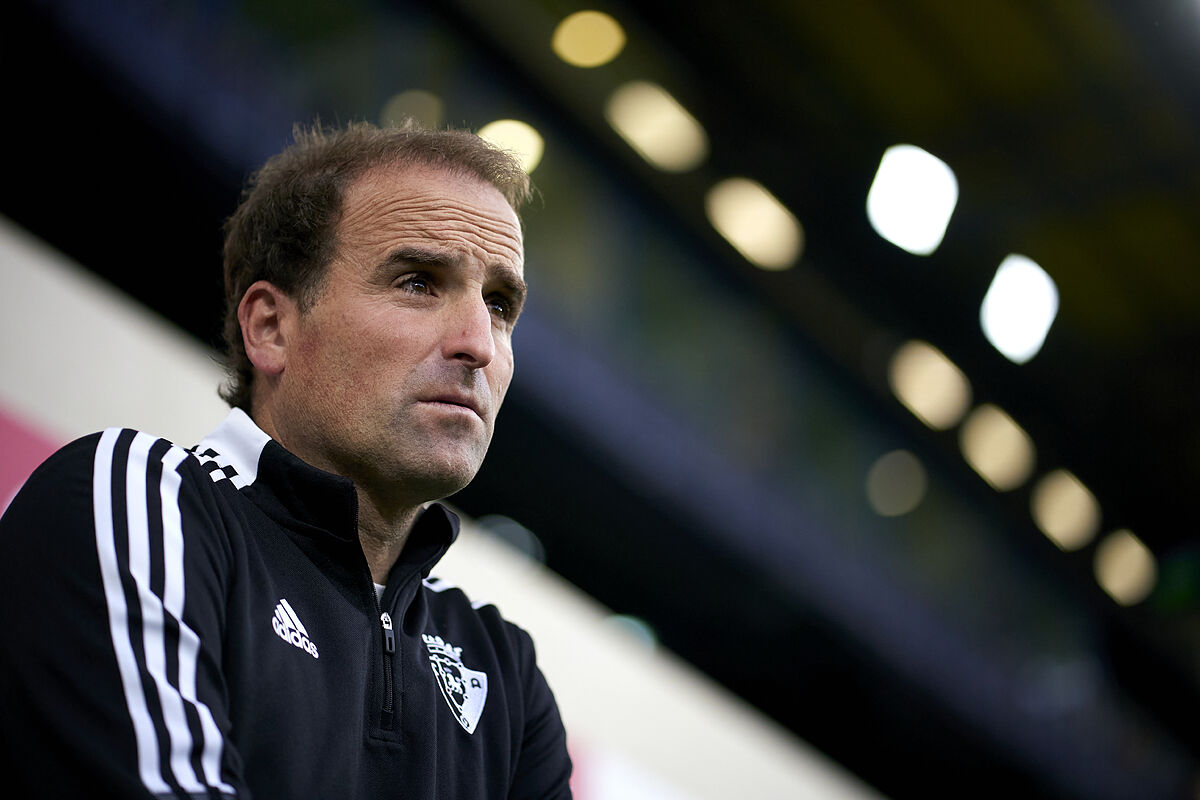 Near the house of

, 1978) there is always a fronton. A matter of luck and taste, because the

is still defending himself on the track. He left the Basque ball because

", but he stays with the shovel. There he enjoys the free moments that the position leaves him in the direction of

the revelation team of the League

. The Navarrese have slept this week in Europe and today they visit the

. In the talk with EL MUNDO, Arrasate, a professor on leave of absence, defends the character and football of the north and explains the comparisons between a professional locker room and a school class.

, the competition hooks you, it's an adrenaline rush to work for something. If you get it, it is rewarding, and if not you get frustrated. Competition makes sense of everything. It's a bit unfair, but it leads us to be better.

What can Klopp, Guardiola or Ancelotti learn from Arrasate? (Laughs). It is that you have said three ... They little, they already know them all. I would say that we play for our fans, so that they are proud. For you, as a fan, is it negative that so many games are played? I remember that before they gave a game on Saturday night on regional televisions and you were looking forward to it. Whatever it was, you ate it. Now the feeling that I have, starting with my son, is that few people watch the entire game. Come little bits,

, the cuts of the goals, some plays ... That information yes and more than before, but seeing the 90 minutes less and less.

Is it a problem of the type of soccer of today or a generational culture issue? I think it is more cultural.

You may think that the Premier is above the League, but a Manchester United-Liverpool is also seen by few people.

It is cultural, we see the goal and that's it.

We want it all chewed up, summarized in the most important thing.

Before it was different.

LaLigaInterview with Sergi Darder: "People are not aware of what it means to be a footballer"

LaLigaAncelotti: "What they did to Koeman cannot be tolerated. Society has a problem"