The star of the English national team, Liverpool, Real Madrid, Manchester United, and the best player in Europe 2001 Michael Owen and Irishman Robbie Keane, the star of the Ireland national team, Tottenham, Inter Milan and Liverpool, expressed their happiness to visit Dubai continuously for more than 20 years to work and spend vacation 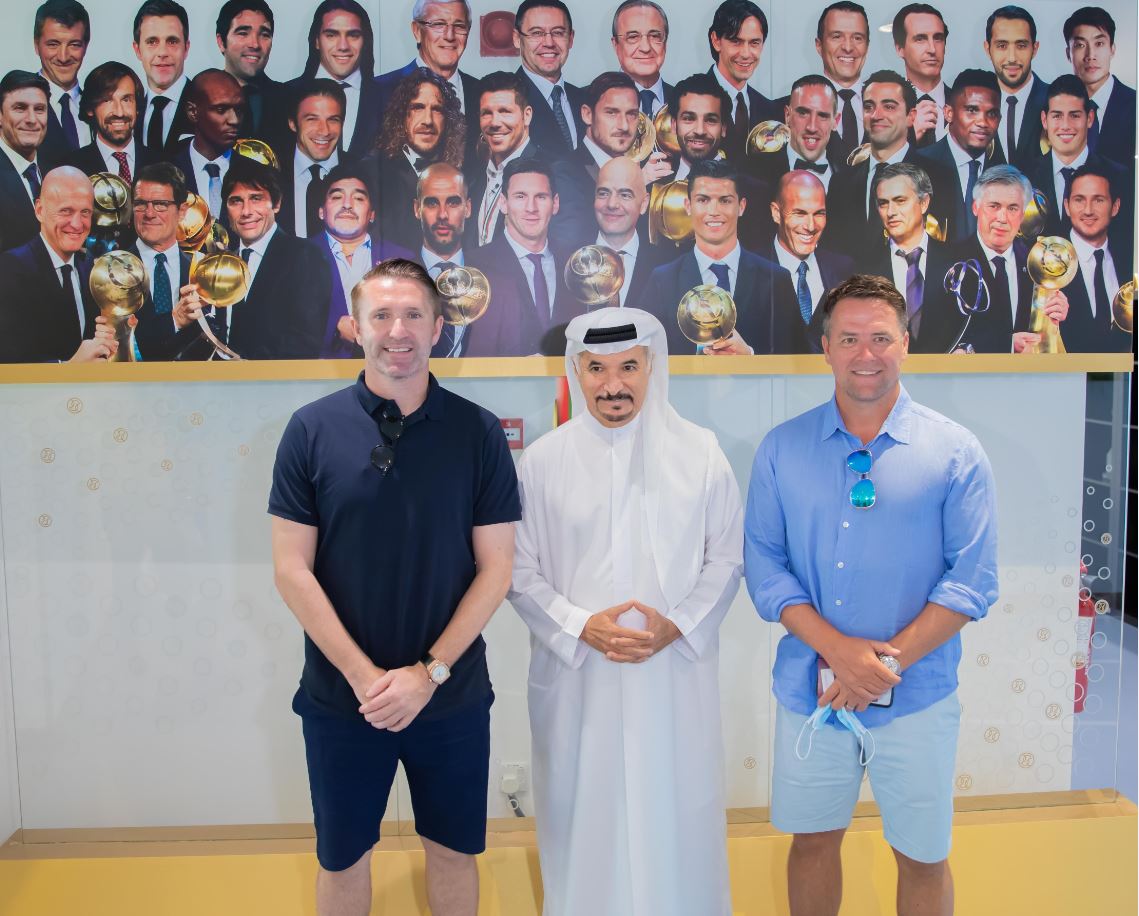 The star of the English national team, Liverpool, Real Madrid, Manchester United, and the best player in Europe 2001 Michael Owen and Irishman Robbie Keane, the star of the Ireland national team, Tottenham, Inter Milan and Liverpool, expressed their happiness to visit Dubai continuously for more than 20 years to work and spend holidays with family members, meet friends and watch the new and interesting In this city every year, they also confirmed that they included in their visit program this year to visit Dubai Expo 2020 and enjoy what it contains and expressed their confidence that it will be the largest and most distinguished event, as Owen, one of the horse owners, confirmed that he dreams one day of winning the Dubai World Cup. The most expensive and famous horse racing competition in the world, which takes place at the end of March every year at Meydan Racecourse in Dubai.

This came during their visit to the headquarters of the Dubai Sports Council and a meeting with the Council’s Secretary-General, Saeed Hareb, as well as touring the Council’s headquarters and being briefed by the Secretary-General on what the Council offers to the sports sector in Dubai and to various members of society, in addition to hosting major world championships and encouraging sports stars and businessmen to Investing in the sports field, which has broad prospects and provides great opportunities for success and business growth.

Owen and Kane said: “Dubai is an ever-expanding city, and every time we come back we find new and special events of its kind, and the sport is getting a lot of interest, there are prominent events in golf and cricket with the growth of these sports here, along with many other games.

While Robbie Keane confirmed his desire to work as a coach in the country and continue his passion for the game of football, especially since he achieved good training successes as an assistant coach for his homeland, Ireland, Michael Owen confirmed his desire to continue working as a television analyst for English football matches as well as one of the famous horse owners. And he said about his passion for horses and his previous participation in the Dubai World Cup for horses, which he considers one of the most important global races: I won the Dubai Gold Cup in Dubai several years ago, but winning the main race is a dream that I hope to achieve, and it is the dream of any horse owner in the world, and currently I continue my passion in This field and I try to attract football players to invest in horses, and I own two horse farms for coach Alex Ferguson and for about 6 Liverpool players.

On the successes of the Egyptian star and Liverpool’s top scorer, Mohamed Salah, Owen said that what the player is doing now confirms that there is no manual for success in football except diligence and training, and that any player can succeed from any country as long as he has talent, ambition, passion and hard work.

Owen considered Salah, the best player in the world currently, and said: The way he plays, and the goals he scores if scored by another player like Messi or Cristiano Ronaldo, the world would have talked about them for a very long time.

At the end of the meeting, Saeed Hareb presented each of the two stars with the English version of the book My Story to His Highness Sheikh Mohammed bin Rashid Al Maktoum, Vice President and Prime Minister of the UAE and Ruler of Dubai, may God protect him, a gift that won the admiration and thanks of the English and international football stars.