The 100-day countdown to the Beijing Winter Olympics: is Zhangjiakou ready? 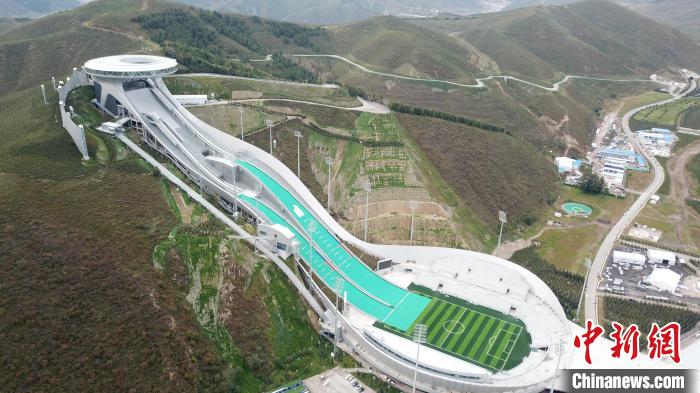 On October 26, in front of the "Countdown to Beijing 2022 Winter Olympics" installation in Zhangjiakou, China, people from time to time came to take photos.

At 8 pm, with the number on the countdown device jumping to "100 days", is the Zhangjiakou competition area ready for the Beijing Winter Olympics?

Give the world a "wishful" arena

As the main arena of the Beijing 2022 Winter Olympics snow events, Zhangjiakou Division, where athletes from various countries will compete for 51 gold medals.

Among them, the National Ski Jumping Center, known as "Snow Ruyi", is China's first ski jumping venue that meets international standards, and it is also the competition venue with the largest amount of engineering and the most technical difficulty in the construction of the Zhangjiakou competition area.

Overlooking the "Snow Ruyi", the two tracks, the big platform and the standard platform, pour down like a waterfall in the mountains. With a drop of more than 160 meters, they perfectly match the shape of the traditional Chinese ornament "Ruyi".

"The'Snow Ruyi' venue can attenuate most of the wind that disturbs the athletes. The variable-angle oblique elevator is currently the fastest in the world, with a total length of 259 meters and a speed of 2.5 meters per second. It can quickly realize the conversion of on-site traffic." Speaking of the highlights of "Snow Ruyi", Wang Jingxian, deputy director of the venue construction department of the Beijing Winter Olympics Organizing Committee Planning and Construction Department, and Gu Yangshu venues facilities manager, revealed that the top of the "Snow Ruyi" center "Big Circle"-the Peak Club, is the most obvious symbol of "Snow Ruyi", and it is also the biggest difference from other ski jumping venues at home and abroad.

Standing at the top club and looking down at the audience, it can provide an unprecedented viewing angle. All the movements of athletes preparing, starting, sliding, flying, and landing can be clearly seen.

The design and construction of these competition venues are guided by top international experts.

"Our stadium is currently the world's leader in terms of hardware conditions. We hope that athletes can achieve good results here." Wang Jingxian said.

Give the world a unique Winter Olympic Village

Zhangjiakou Winter Olympic Village, with a "mountain-style" courtyard architectural layout, is one of the five non-competitive venues in the Zhangjiakou competition area. The residential area includes 9 apartment complexes and 1 public group, including 27 apartment buildings, fitness centers, entertainment centers, etc. During the game, 2737 beds can be provided.

"The Winter Olympic Village has designed 9 courtyards, each with a theme, corresponding to the 9 chapters in the masterpiece "Ode to Sports" by the "Father of the Olympics" Coubertin." Wang Hao, the relevant person in charge of the design team of Tsinghua University, introduced. Traditional materials such as stone and clay are used as much as possible in the construction of Winter Olympic Village, which is environmentally friendly and reflects the characteristics of traditional Chinese residential buildings.

Wang Hao said that the Winter Olympic Village is constructed in accordance with the three-star standard of green buildings, which is the highest standard in China. It pursues low-carbon and environmental protection from external wall insulation materials to heating facilities.

According to the author's on-site visits, the rooms in the apartment building of Winter Olympic Village are mainly in bright light colors, and the windows are well sealed and insulated, which can adapt to the severe cold weather conditions in Chongli.

The heating in the room uses electricity, and the floor is covered with carbon fiber heating cables. The electric energy is Zhangjiakou's renewable energy wind power, which is green and environmentally friendly.

Among them, the most eye-catching is the "smart bed", which can be adjusted according to the athlete's rest needs, and always find the most comfortable angle.

Zhangjiakou Winter Olympic Village, which has completed all the construction tasks in June of this year, is currently in the process of optimizing and improving its facilities and equipment.

In order to host the Olympic Games, the Zhangjiakou competition area has also made great efforts in event services.

In accordance with the requirements of "three competition areas and one standard", work plans for the seven key areas of accommodation, catering, transportation, medical care, security, volunteers, and meteorology have been compiled to form a sound and complete Winter Olympics service guarantee system.

According to Zhao Jinli, director of the Winter Olympics Office of the Zhangjiakou Municipal Health Commission, Zhangjiakou has prepared 8 designated winter Olympic hospitals in response to the high speed of the skiing project and the difficulty of rescue.

"Each track of our stadium group has set up a medical station. After the athletes are injured in the game, they will be sent to the medical station by patrol team members and ski doctors for preliminary diagnosis and treatment." said Liu Chang, the medical manager of the Yunding stadium group in Zhangjiakou. Those who are diagnosed and treated will be transported directly to the designated hospital by ambulance.

In extreme cases, the wounded can be transported by helicopter.

It is understood that all the ski doctors mentioned by Liu Chang are the backbone doctors of the hospital, and they are also ski enthusiasts.

After systematic training, he can quickly slide to the stadium for treatment to ensure that "it can be achieved, saved, and cured."

In addition, in order to implement the concept of green Olympics, there will be more than 500 hydrogen buses in the Zhangjiakou competition area to provide "green commuting" for the Winter Olympics.

As the countdown to the 100-day Beijing 2022 Winter Olympics, the Zhangjiakou competition area, which has attracted much attention from the outside world, is ready.