Professional baseball player Kiwoom Lee Jeong-hoo made a dramatic cycling hit yesterday. With a record that even his father, Jong-beom Lee, had never done, he was the first in the world to become the richest batting king. 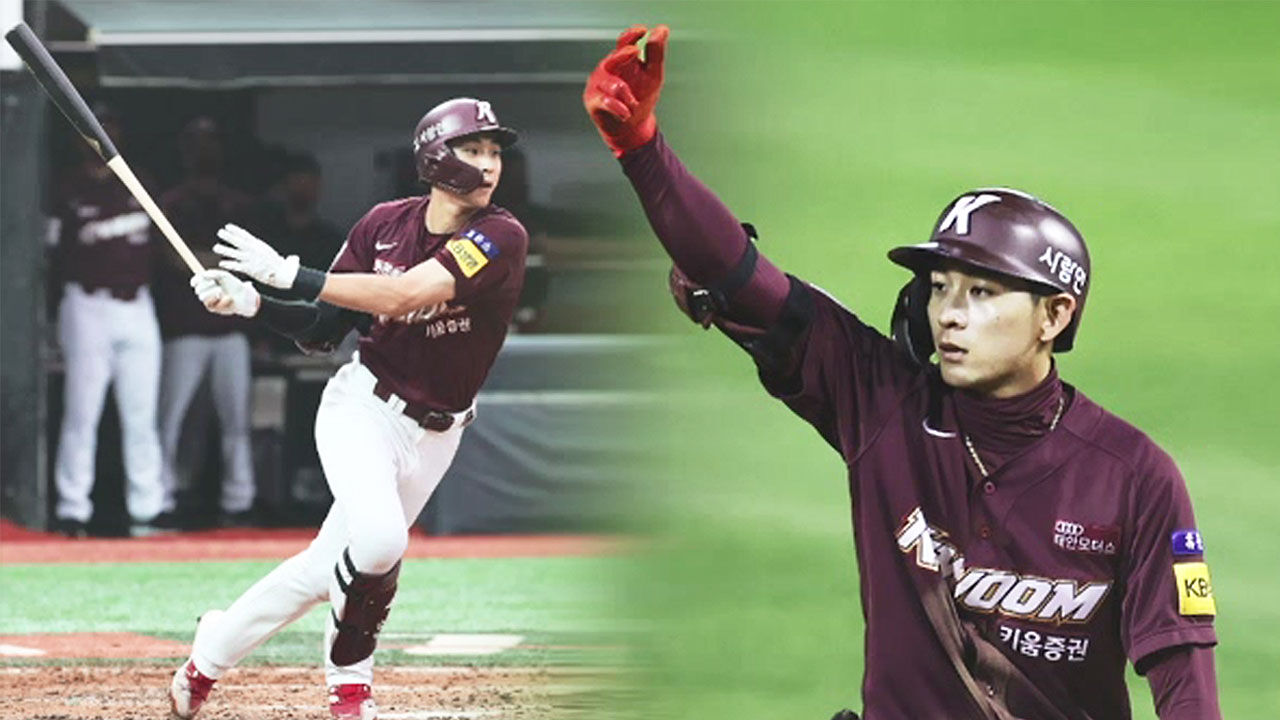 Professional baseball player Kiwoom Lee Jeong-hoo made a dramatic cycling hit yesterday (25th). With a record that even his father, Jong-beom Lee, had never done, he was the first in the world to become the richest batting king.

Lee Jung-hoo's cycling hit yesterday was special in many ways.

All four of his hits went to other pitchers, and his pitches varied from fastballs to sliders and curves.

In particular, he hit the most difficult triple in the last at bat in the 8th inning, and as a bat that seemed to fall over caught on the top of the fence, he dramatically created a triple and completed his first cycling hit

[Lee Jung-hoo / Kiwoom Heroes: 'Unconditionally run to third base at the moment of hitting. I thought, 'I will. I think I thought 'it's done' when I got to second base.]

Lee Jung-hoo raised his batting average to 30-50 and 8 ri, widening the gap with 2nd place Baek-ho Kang by 8 li, becoming the first richest man in the world following his father in 1994. Aim for the Strike King.

[Lee Jung-hoo/Kiwoom Heroes: This is something that never happened in Korea. I think the feeling that there was no major league or Japanese professional baseball would be extraordinary. It's an opportunity that you never know when it will come again.]

made up my mind to make it to the postseason and succeed my father, who was strong even in the fall.

[Lee Jung-hoo/Kiwoom Heroes: My father gave me a lot of advice to inspire confidence, so I think the feeling of hitting came up while I was looking for confidence.

If I do my best, I think it will end with a good result.]