Video.. What did Salah say about sweeping Manchester United and his trio in the theater of dreams?

The Egyptian international star, Mohamed Salah, confirmed that the most important thing for him is to get the three points and help his teammates to score goals, as this occupies him more than scoring goals with his team, Liverpool. 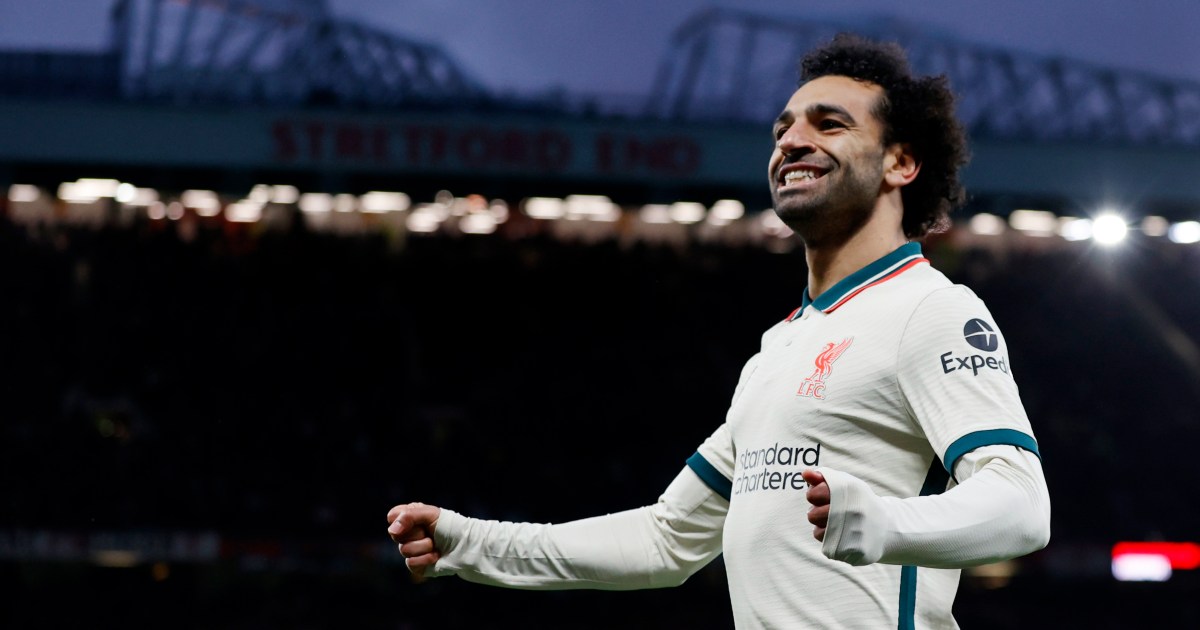 The Egyptian international star, Mohamed Salah, confirmed that the most important thing for him is to get the three points and help his teammates to score goals, as this occupies him more than scoring goals with his team, Liverpool.

Salah scored 3 goals (hat-trick) and made another goal, to lead his Liverpool team to sweep its host Manchester United 5-0, today, Sunday, at the top of the matches of the ninth round of the English Premier League football.

Salah said - in media statements - after the match that took place at Old Trafford, the stronghold of United, "It is great to win the white five on the stage of dreams. The match was difficult at the beginning and intense, but we played our style and performed strongly from the beginning."

He added, "We wanted to do well on the pitch, we were ready and we wanted to catch the game 100%. We tried to play our usual way, to have possession of the ball and break through the United defense, and we had chances and scored in them."

"I am always happy to score goals, but I am more happy as a playmaker for my teammates. I try to do my best to give my team the three points, it is a priority for me," the Liverpool star explained.

"We certainly aspire to win the English Premier League this season. We got used to these things two years ago. We think about each match separately, and we think about winning outside the rules. In the end we got 3 points, and we are now thinking about the next match."

Salah continued, "Since the beginning of the season, we have tried to win every game. If you want to win the title, you have to collect all possible points. We were mentally ready, and we were well motivated by the coach."

The Egyptian star concluded his speech by saying, "Before going to the stadium, we thought about victory, and even after the end of the first half, we advanced 4-0. We talked to each other and said that we had to score more goals. We knew that the match was difficult, but things came out fine."

Naby Keita opened the scoring for Liverpool early in the fifth minute after receiving a crucial pass from Salah, before Diogo Jota added the second goal in the 14th minute.

With great skill, Salah scored a hat-trick to complete the Liverpool quintet, in the 38th and fourth minutes of the lost time for the first half and 50th.

Salah is the top scorer in the tournament this season with 10 goals, 3 goals ahead of his closest pursuer, Jimmy Vardy, Leicester City striker.

The Egyptian star was also the only African player to score the most in the history of the Premier League with 107 goals, after he shared it with retired Ivorian star Didier Drogba (104 goals).

With this victory, Liverpool's balance rose to 21 points in second place in the competition standings, a point behind leaders Chelsea, while United's balance froze at 14 points in seventh place.