The United States, that country of Nascar, Indycar and Formula 1, where everything is different. Leisure reigns and the stands, used to baseball games, become ... 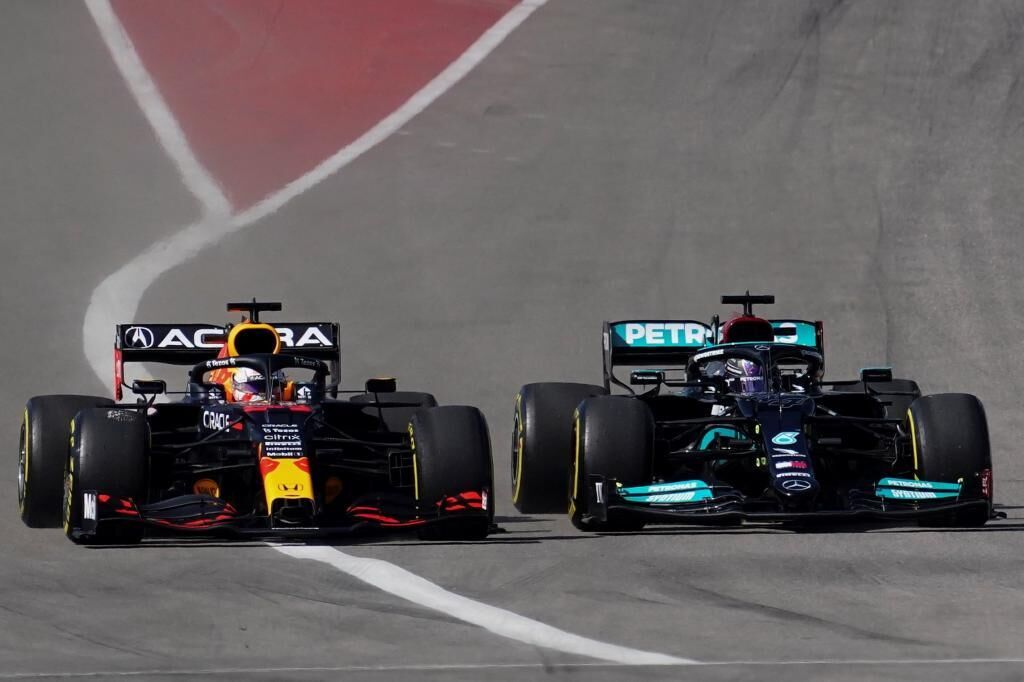 The United States, that country of

, where everything is different. Leisure reigns supreme and the stands, used to baseball games, become an arsenal of camping chairs, tents, and even an amusement park with a festive atmosphere. In Texas, the birthplace of motorsport on the other side of the Atlantic,

was the lucky one to put on the cowboy hat at the top of the podium. From there everything is clearer, easier, after leaving all the rivals on the ground with the exchange of shots.

Nothing beyond reality, the war was to remember, even before the traffic light went out. Because Silverstone and Monza weigh a lot for

, the two roosters in the barnyard who already have too much experience finishing early in their personal fights. And nothing changed in Austin.

accompanied by the "stupid idiot" of the free seconds had sown the farm field.

British and Dutch lived up to expectations and wrote the first chapter in their personal confrontation with just 230 meters of running.

Precisely the distance that the British needed to land the first blow with an overtaking.

A sterile joy that did not last 15 laps.

, in another demonstration of mastery from the garage, got the pass off the track, still prepared for the second crossing of words that inevitably sooner or later they knew would come.

Honey on the lips for Alonso

The new scenario did not take long to appear between the two contenders for the World Cup, although it was not only they who were the protagonists of the crusade.

, who started from the penultimate position, began to smell the points closer and closer with the passage of the turns, but he was left without a prize. The Asturian was one of the riders who best rode over the tremendous potholes and unevenness of the

Circuit of the Americas

until his rear wing said enough.

Nostalgic were the moments with

, one of his travel companions in two long careers that are now drawing to a close, not without some last and worthy dances in the middle zone. Not even there could it end, since before time he had to say goodbye to the race and drive his car to the garage. In an

, which started in qualifying, they both eventually dropped out due to mechanical problems on a weekend to forget.

Without so many shocks it was Sunday in Texas for

, who always had a

in front or behind, and who could not get close to the noble zone, but did fight with the fireproof

, with whom he ended up losing his personal confrontation and signing the seventh place under the pictures.

Heart attack to the pictures

with fresh tires to the indomitable bull of

. The alarms went off in the Verstappen box when the monitor showed cuts of more than half a second per lap, but the pilot knew how to endure through thick and thin in the last curves and raised his arms with a certain margin under the fireworks. "Impressive, we did it," the now most leader of the championship howled over the radio. Hamilton tried in every way, but strategy and mettle gave the poleman the Grand Prix, who knew how to recover and endure when the wheels asked for a truce.

With just five stops to finish the year, the Red Bulls increase their distance and take the joy with the double with

Have they found the way to the end of the Mercedes dynasty?

There are still many kilometers to go, but the step forward is undoubted.

Formula 1Verstappen wins first round with pole position in Texas

Formula 1Big podium for Sainz under a crazy rain in Sochi