Verhoeven: 'It may sound intense, but I will continue until I drop dead'

No matter how badly he was beaten up, Rico Verhoeven kept fighting for the win on Saturday. The heavyweight successfully defended his world title for the tenth time, after a memorable comeback in the match against Jamal Ben Saddik. 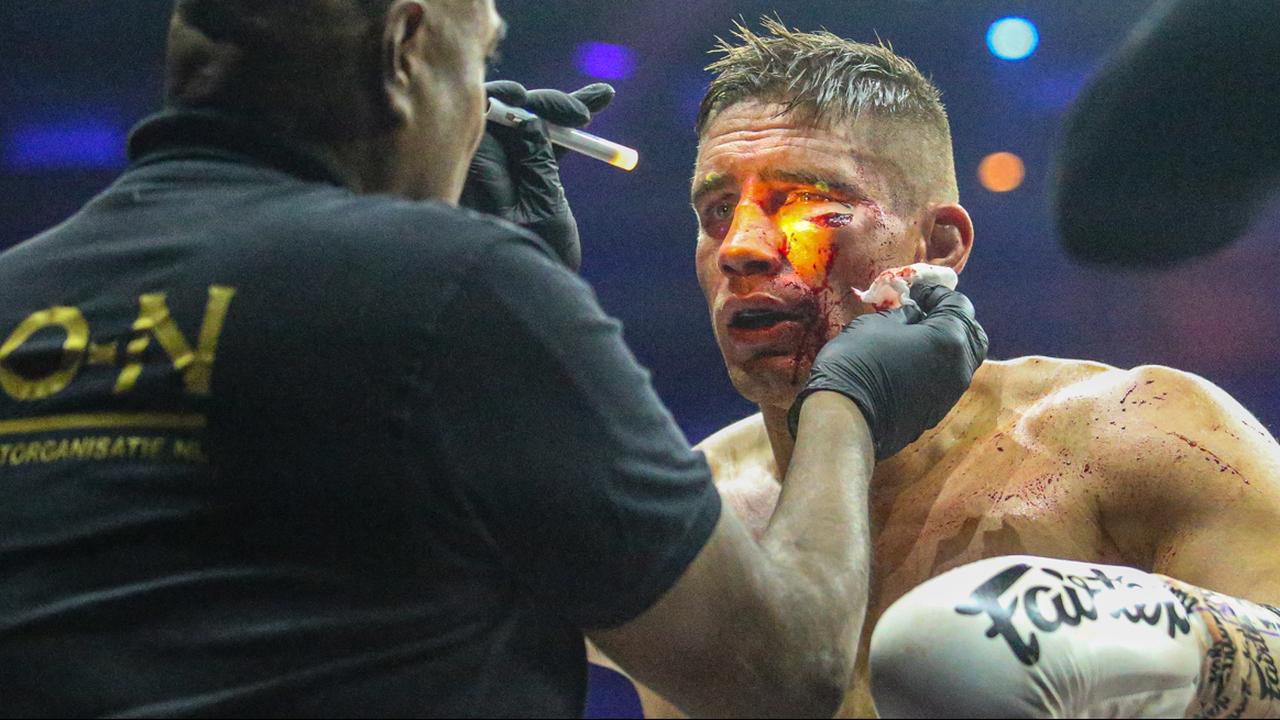 No matter how badly he was beaten up, Rico Verhoeven kept fighting for the win on Saturday.

The heavyweight successfully defended his world title for the tenth time, after a memorable comeback in the match against Jamal Ben Saddik.

"There are two options," said Verhoeven at the press conference after his fight in the GelreDome.

"Either my opponent gives up, or - and that may sound very intense, but that's how it feels to me - I drop dead. Because this sport is what I was made for and I do this to the utmost."

Verhoeven was at that press conference with a severely swollen eye, so that he could hardly see anything.

It was only after journalists waved at him extensively that he knew who had asked the question.

For his incredible perseverance, he even received an ovation from the reporters.

It was close to the doctor having to end the title fight because of Verhoeven's swollen eye.

The doctor shone a light into the eye and because the world champion could follow the light with his pupil, he was allowed to fight on.

"The doctor just looked at it and I'm okay," said the 32-year-old from Brabant.

"I'll go to the hospital in a minute to have pictures taken just to be sure. Then I'll pop some painkillers in and I'll continue."

Verhoeven thanks his mental coach

Despite the many striking blows that Verhoeven had to take in the first and especially the second round from Ben Saddik, he kept on going.

In the third round, he took over with half a view.

In the fourth round, the exhausted Ben Saddik could not continue and Verhoeven won by technical knockout.

"I've gone down more often in my career, but so far I always get back up," said Verhoeven, who has been world champion since 2014.

"I always get up once more than my opponent, no matter what. Always."

"He taught me that I always have to keep going. My opponent can keep punching and ramming, I know: at some point he gets tired. And that's what happened today."

"And of course I was in a lot of pain, I feel everything. But we fighters can mentally give that pain stimulus a place. We switch it off and just keep going. And then we'll see where the ship ends up."

The ship did not run aground for Verhoeven, who defeated Saddik for the second time in his career.

There is a good chance that he will be back in action at the GelreDome on February 19 at the next GLORY event.

Facial recognition on phone does not recognize damaged Verhoeven