The goalkeeper was 16 minutes from a historic record

Mjällby's goalkeeper Carljohan Eriksson was 16 minutes from writing history in number of minutes without a setback. Then IFK Gothenburg took the lead and Håkan Svensson's record from the 1999/2000 season remains. 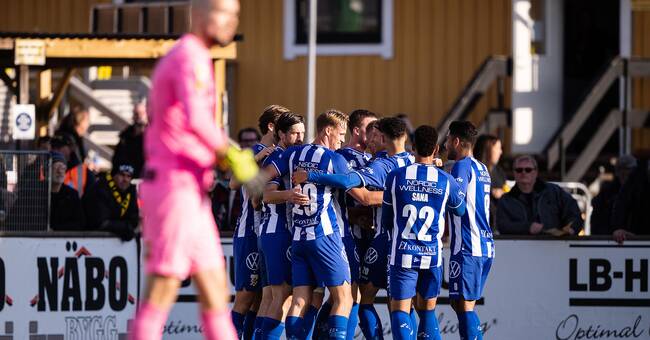 Eriksson faced the match in a total of 765 minutes without a goal in his own cage and he needed 44 more to beat Håkan Svensson's (Halmstads BK) current record from the 1999/2000 season in 808 minutes without a setback.

Eriksson was partly sweaty and he was responsible for a huge save on Marcus Berg's open position from close range after just over ten minutes of play.

But in the 28th minute, the home team broke the long zero when Carl Johansson nodded in 1-0 for IFK Gothenburg.

Eriksson's record hunt is thus over.

Mjällby's Ivan Kričak was sent off in the 32nd minute.

Still, they managed to equalize to 1-1 through Amin Sarr at the beginning of the second half.

But Blåvitt took the lead again and Carl Johansson increased to 2-1 in the 75th.

Marcus Berg then scored his sixth of the season before the match was over.